Poland – From the Charm of Sopot, to the Wolf’s Lair

Early October: Sopot–Poland, a stately historic beach resort. It was an icy cold Saturday morning, following a day of relentless drizzle. We Californians are spoilt. For Poles this was a fine fall day for enjoying the outdoors. People filled the pedestrian streets and squares of this picturesque town on the Baltic Coast. They sipped coffee at outdoor cafés where musicians played the violin, accordion, and flute; rosy cheeked children–like colored down balls in their warm puffy coats and woolen hats – played tag; dogs greeted each other with sniffs and licks; carefree weekend abandon filled the air. 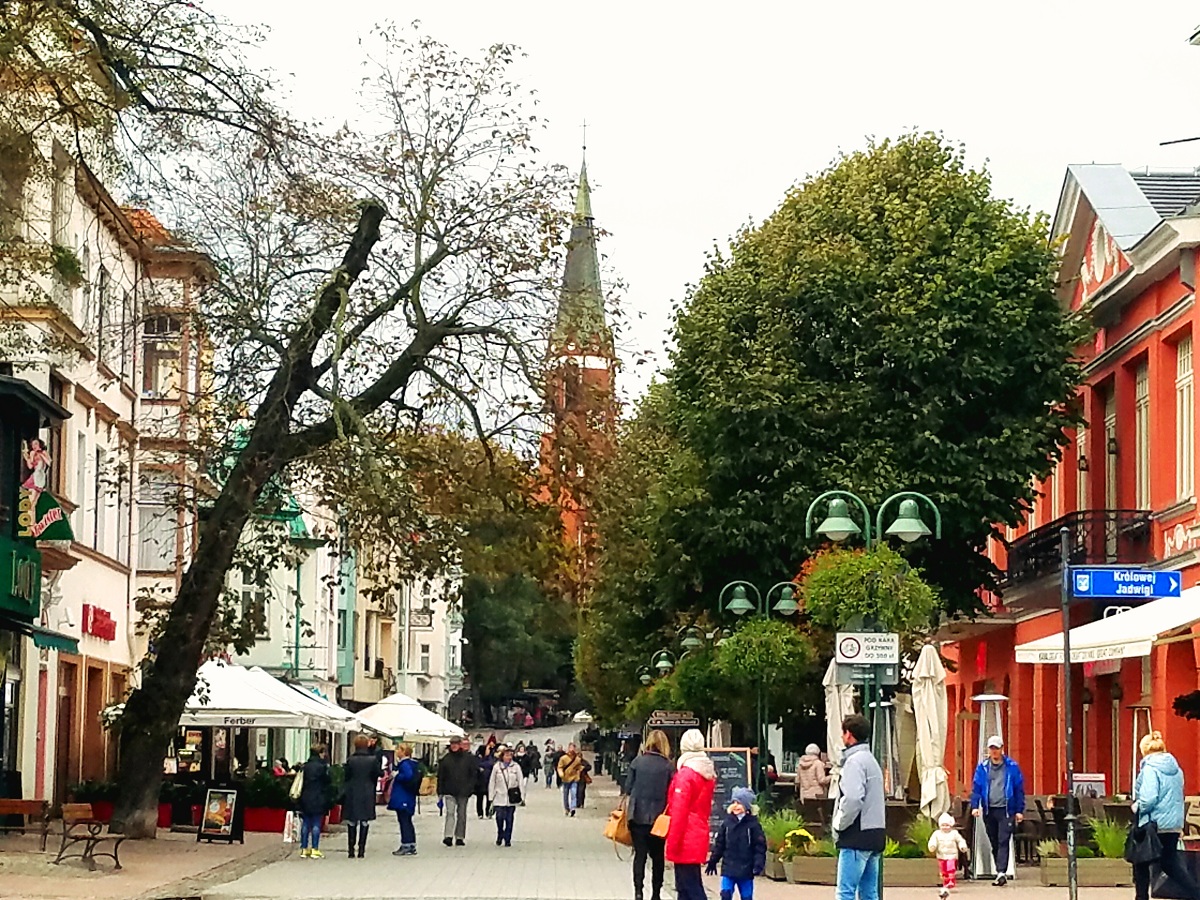 We ambled down to the white sand beach where seagulls and long legged white birds rested on the beach, tiny yachts bobbed like corks among the choppy waves beneath a sky of wooly, steel grey clouds; children chased dogs; dogs chased birds; couples strolled the boardwalk; and the Grand Hotel Sopot – a regal 19th century sprawling Grande Dame-watched over a scene reminiscent of a Renoir painting. 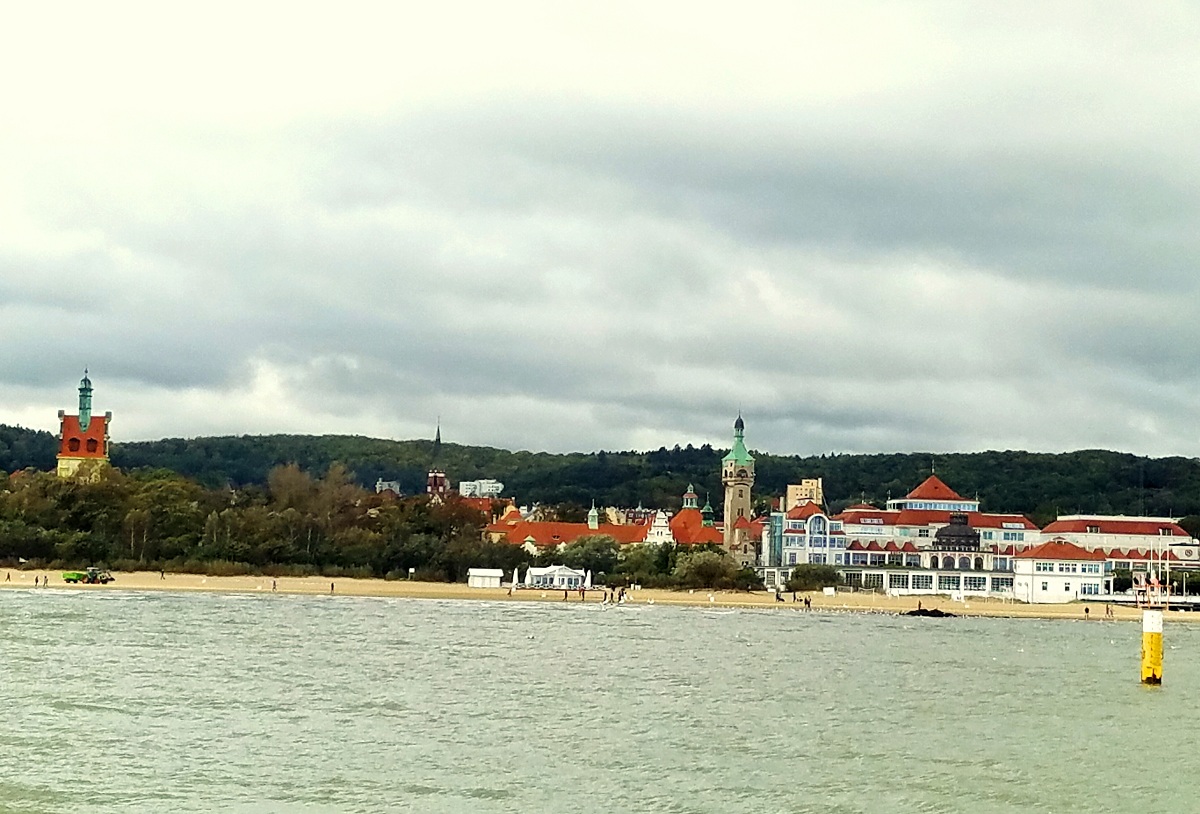 We stayed at the Soleil Boutique Hotel, a beautifully renovated old mansion, on a quiet street just a three minute walk from the vibey heart of Old Sopot. The restaurants were excellent and the bakeries (particularly those at the station) turned out irresistible light, flaky, melt in the mouth pastries. 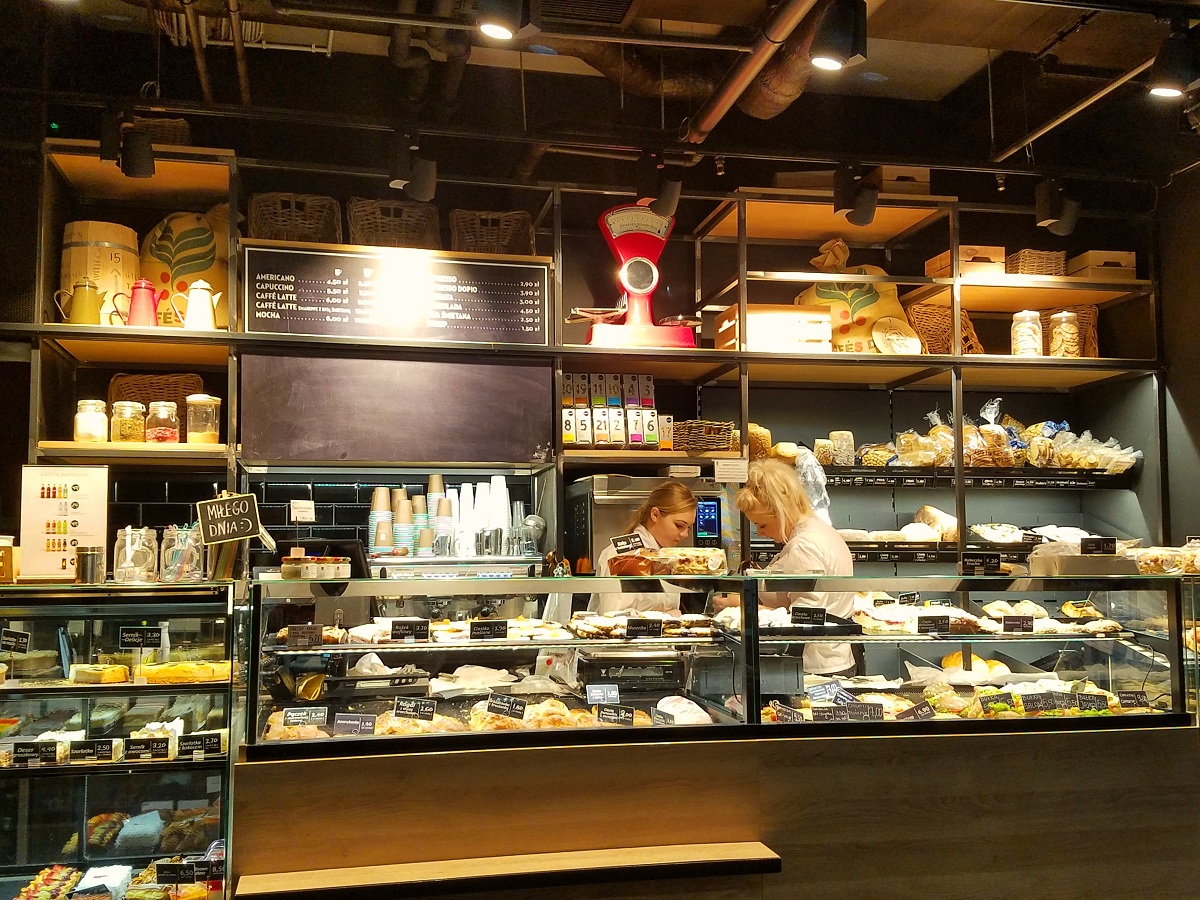 The historic town of Gdansk is a twenty-minute train ride from Sopot. Dating back to the Middle Ages, Gdansk truly has a storybook quality. It suffered total devastation during the Second World War but has been meticulously reconstructed. Today, people are still living in the houses that are like the set of a medieval movie, and going about their daily routines, weaving their way around the tourists who soak up the beauty and snap photos. Gdansk is also a historical town. It is here that the first shots of the Second World War were fired, the first death camp outside of Germany was built by the Nazis 34 miles from Gdansk, and Lech Walesa started the Solidarity Movement, which brought the communist occupation to an end in 1990. 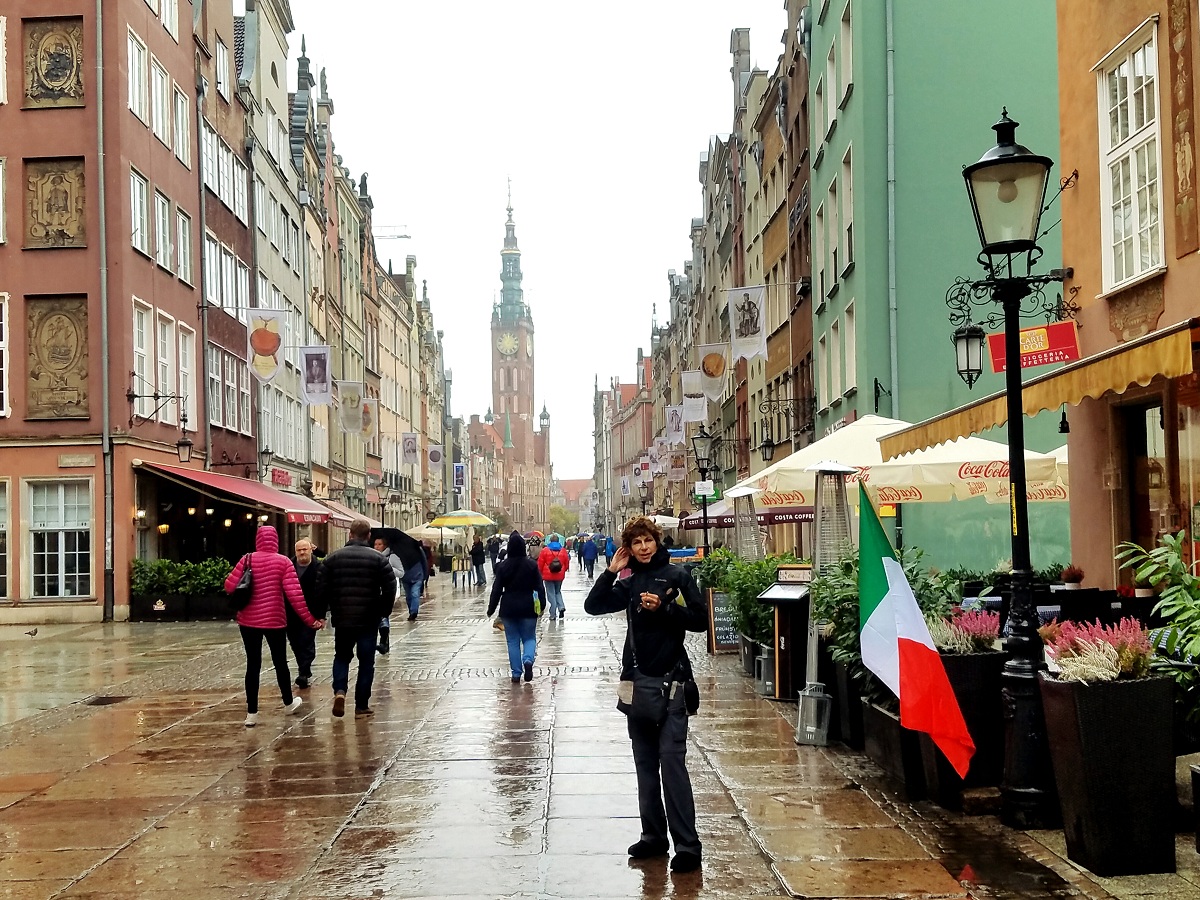 In Gdansk we rented a car and drove through farmland and forests along winding country lanes and through picturesque villages to the Maduray region, which is known for its multitude of lakes and beautiful forests. Our destination was the Wolf’s Lair, which is hidden a few kilometers from the tiny community of Gierloz. One hand-painted sign points the way to the turnoff that led us along a bumpy dirt road through the forest. 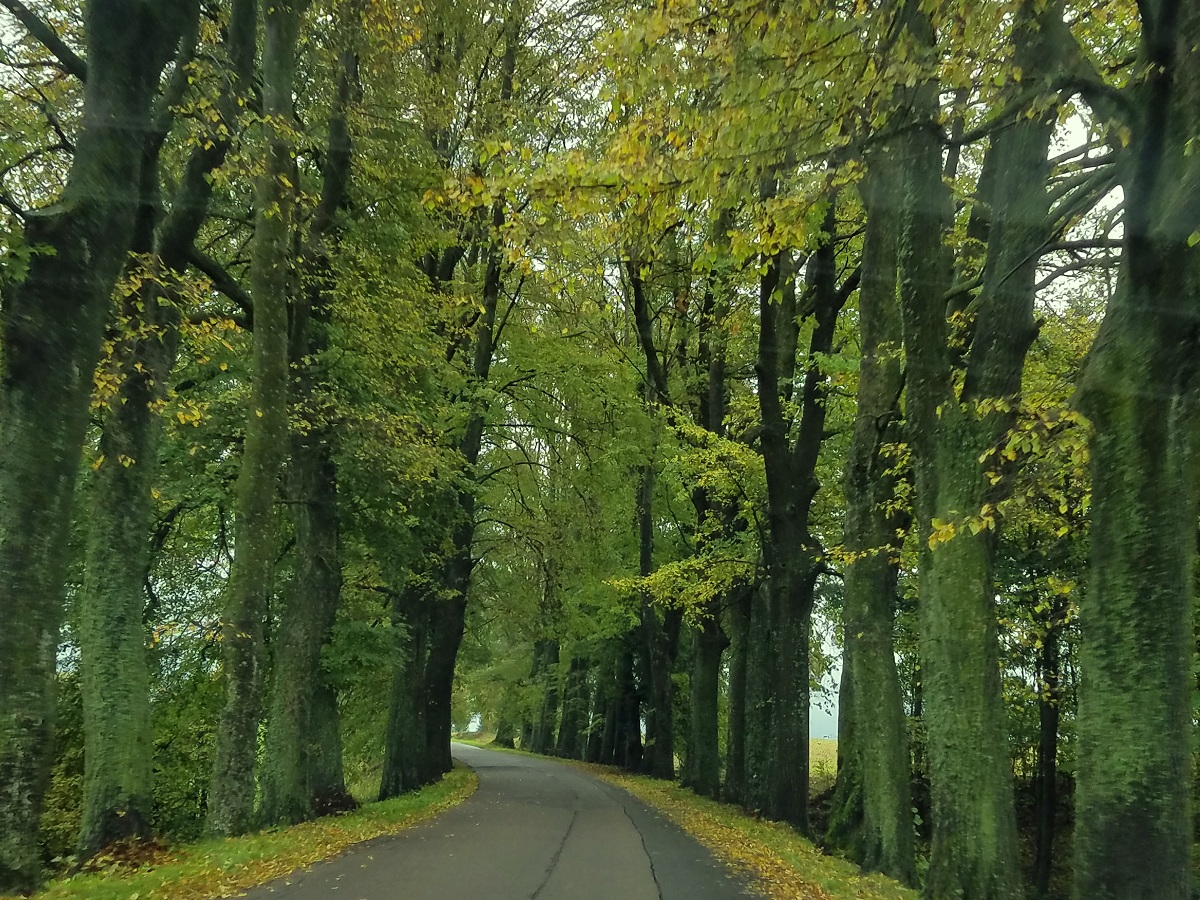 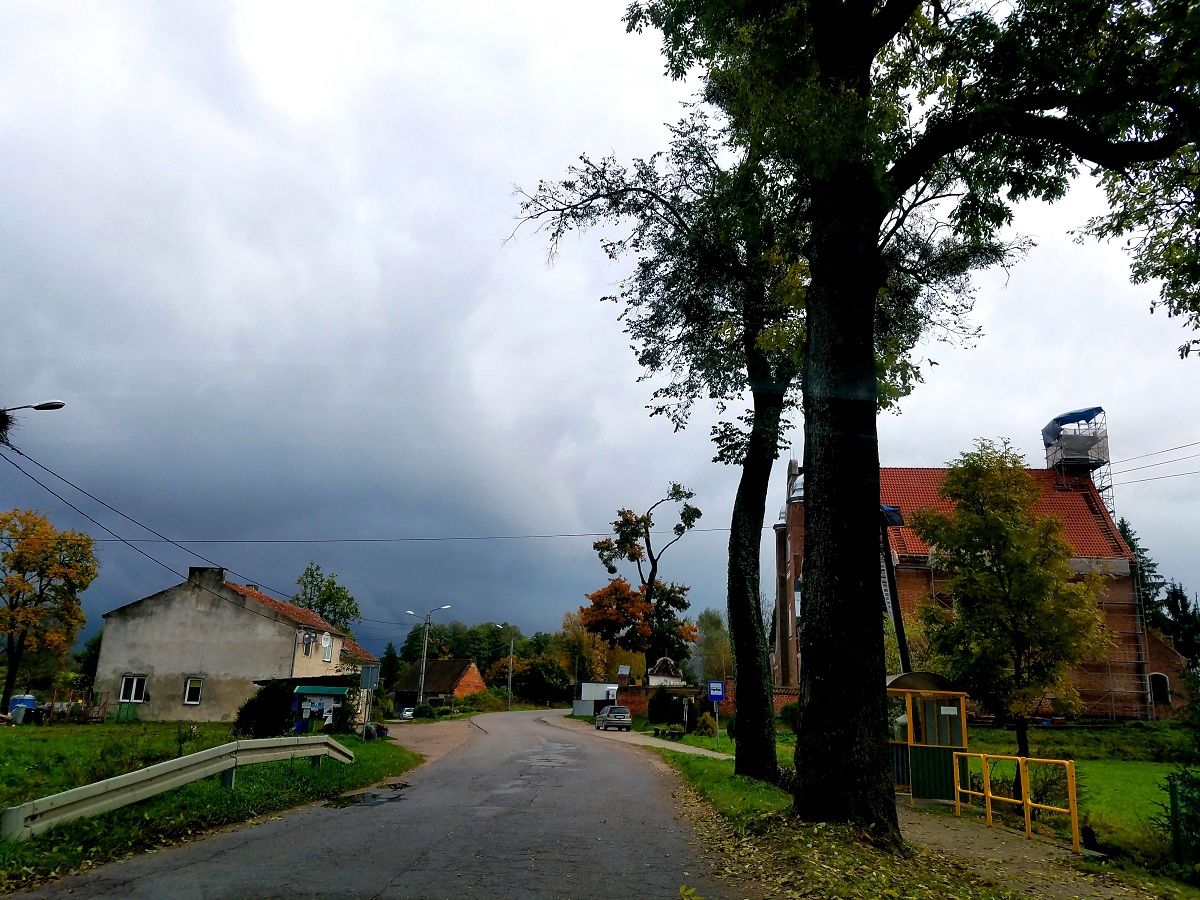 The Wolf’s Lair was Hitler’s immense secret bunker. He chose a 250 hectare area, where the forest is extremely dense and the trees very tall. There he built towering concrete and steel bunkers – like small pyramids– with living quarters, saunas, dining areas, kitchens, bakeries, and meeting rooms. It was from here that he and the members of his war machine ran the war for 850 days. This vast complex of bunkers once housed 2,000 German officials and their staff, and approximately 3,000 workers. When the Russian forces were approaching, Hitler gave the order for all the structures to be dynamited. 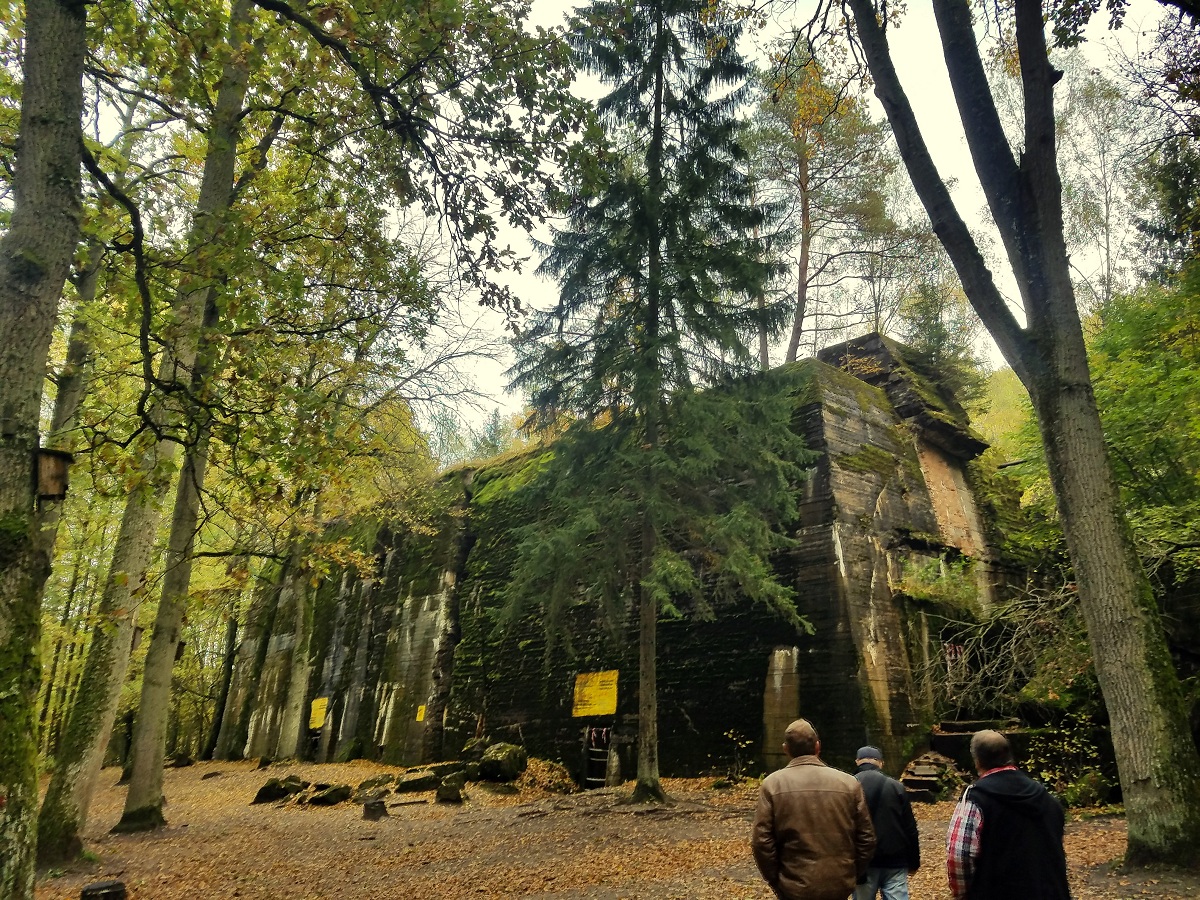 We toured the area with one of the three on site guides: an elderly gentleman who was just a child when the war ended. He has spent years studying the area, collecting old photographs and articles, and eventually wrote the guide book which is now sold at the ticket office. Without a guide it’s risky to venture into those forests. It’s a confusing maze. Just being there feels surreal and creepy. 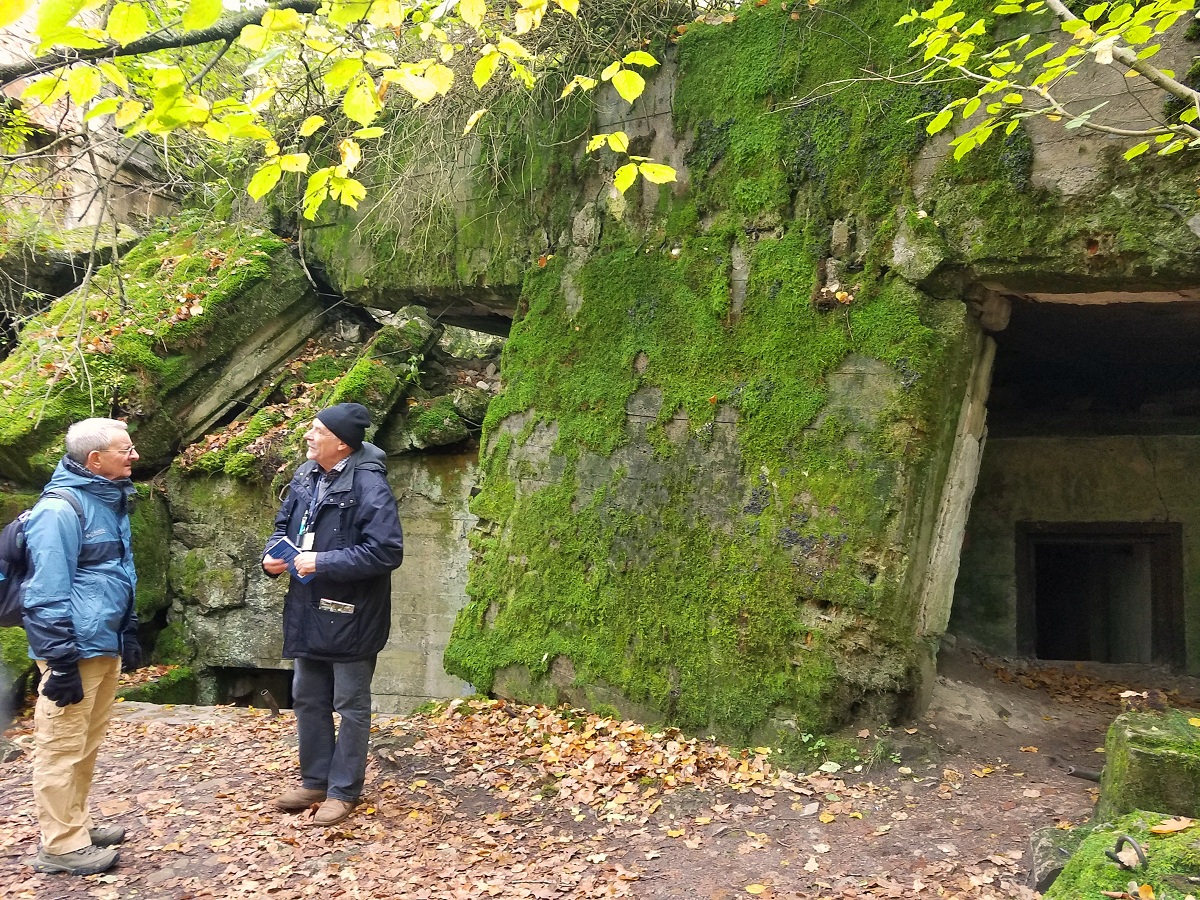 We spent the night in the little town of Ketrzyn, and continued on the next day to Warsaw, taking the scenic route along narrow, rain soaked, country roads. In the middle of nowhere we came upon the imposing Baroque basilica- Our Dear Lady of Swieta Lipka. Its opulent interior boasts a spectacular gilded altar and immense organ. As luck would have it, a morning organ concert was about to begin. We watched and listened, spellbound, as all the angels adorning the altar came to life playing musical instruments. The lighting, the music, the tranquil setting, was the perfect antidote to the funk that had lingered over us after our visit to The Wolf’s Lair the prior day. 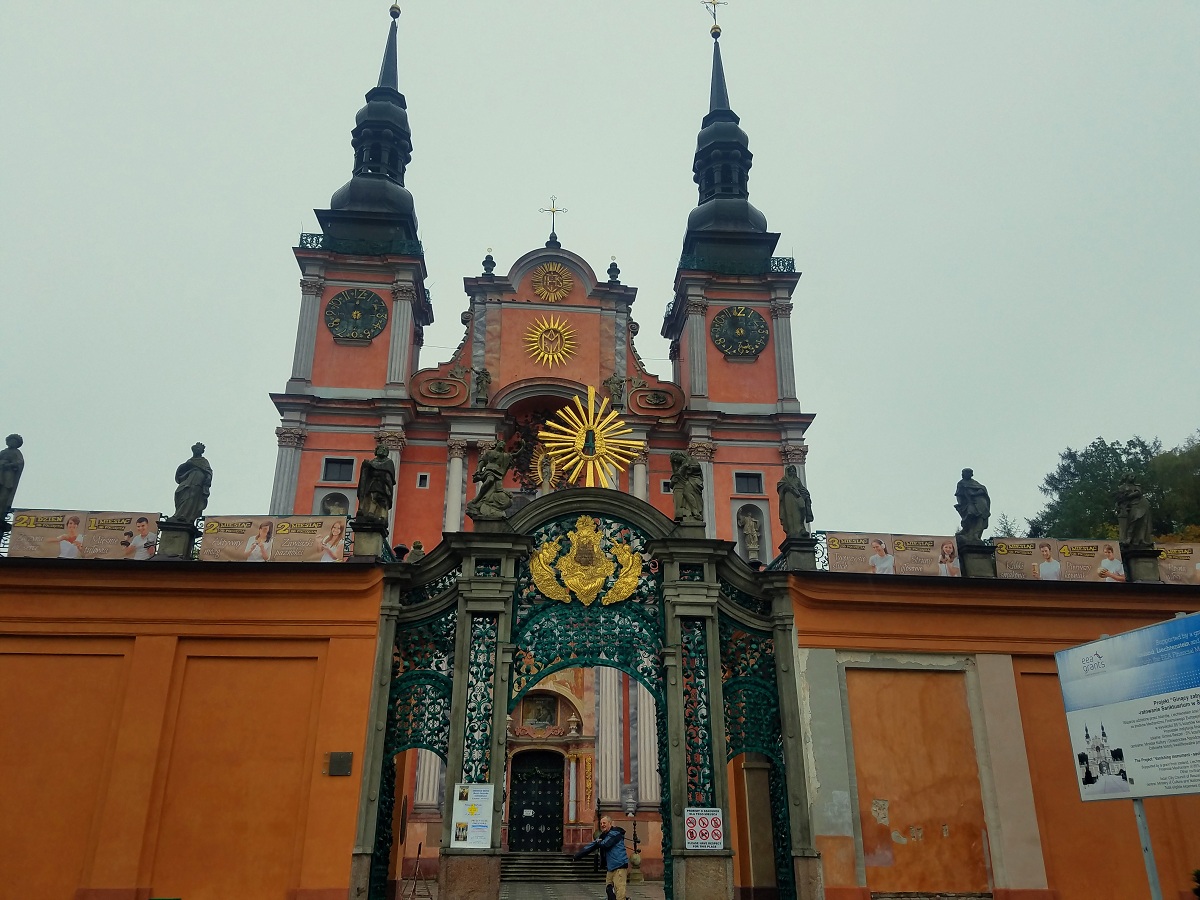 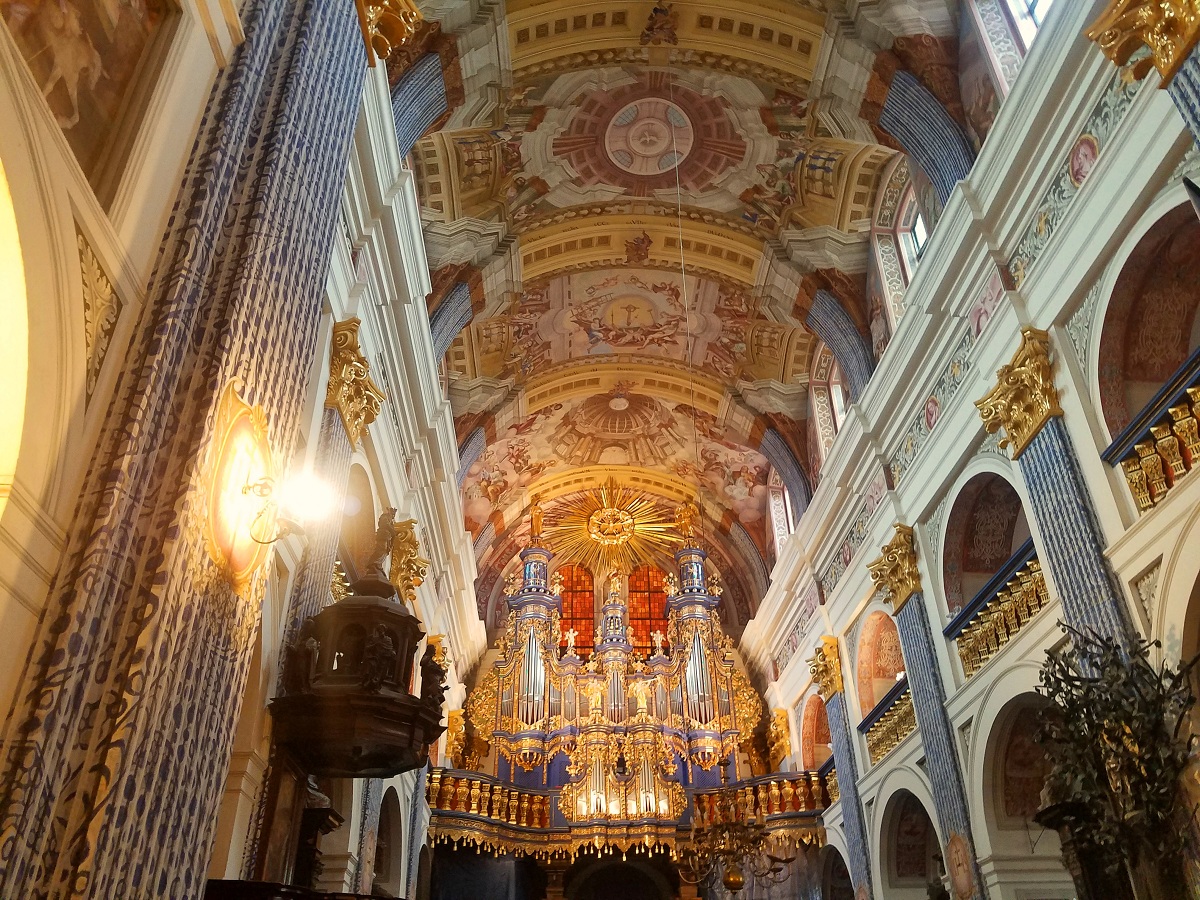