The sight that immediately comes to mind when I think of Tibet, is a sky swimming in blue. We would draw open the curtains of our top-floor hotel room, and be awed by a picture postcard view of the Potala Palace, its white walls and golden spires framed by the backdrop of the majestic mountains and the blinding blue sky. 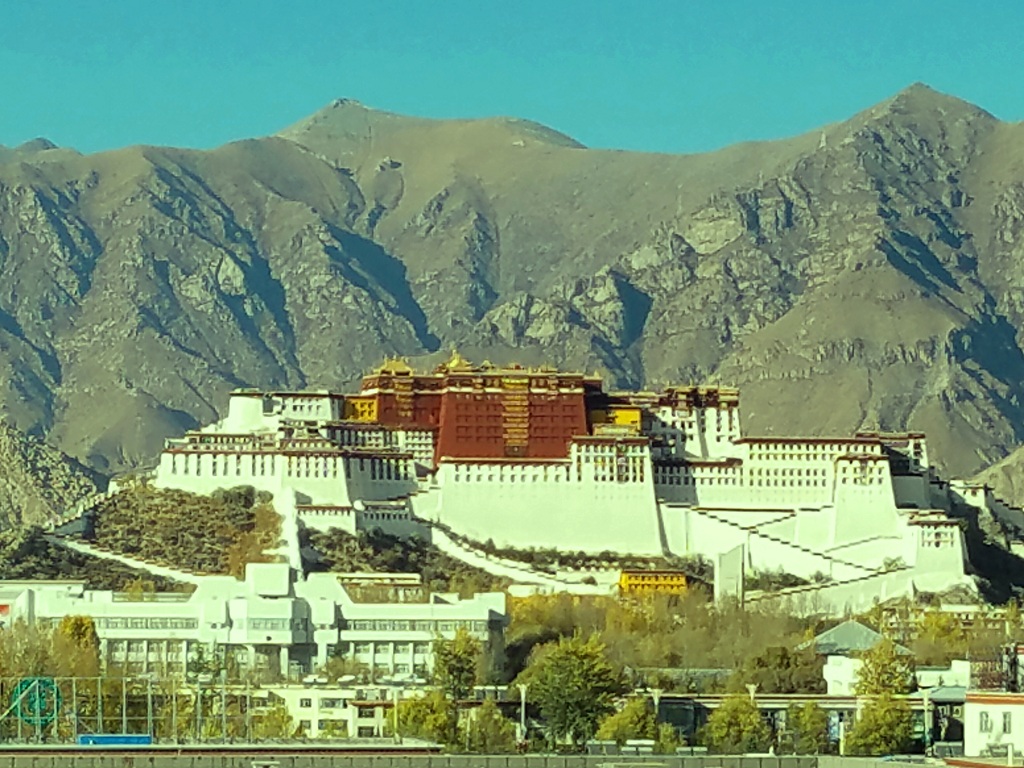 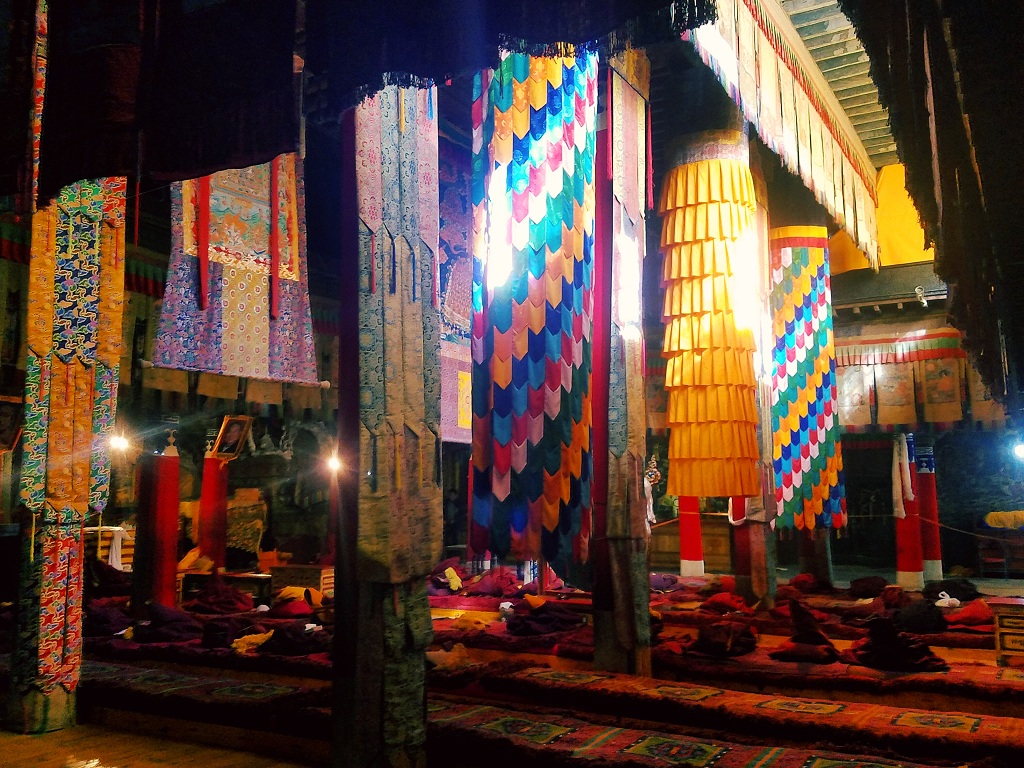 It was fortuitous that we happened to be in Lhasa on a Wednesday which is the holiest day of the week for Tibetan Buddhists. Pilgrims come from all over Tibet to Lhasa to visit the spiritual sites: The Drepung Monastery, the Potola Palace, The Sera Monastery, and to walk the holy circuit in the Old City along Barkhor street, to Jokhang Temple, one of the most sacred temples in Tibet. Here the worshippers engage in a fascinating tradition of prostrating themselves in front of the temple. We watched pilgrims performing this grueling ritual for hours on end, which takes strength, stamina, and endurance. 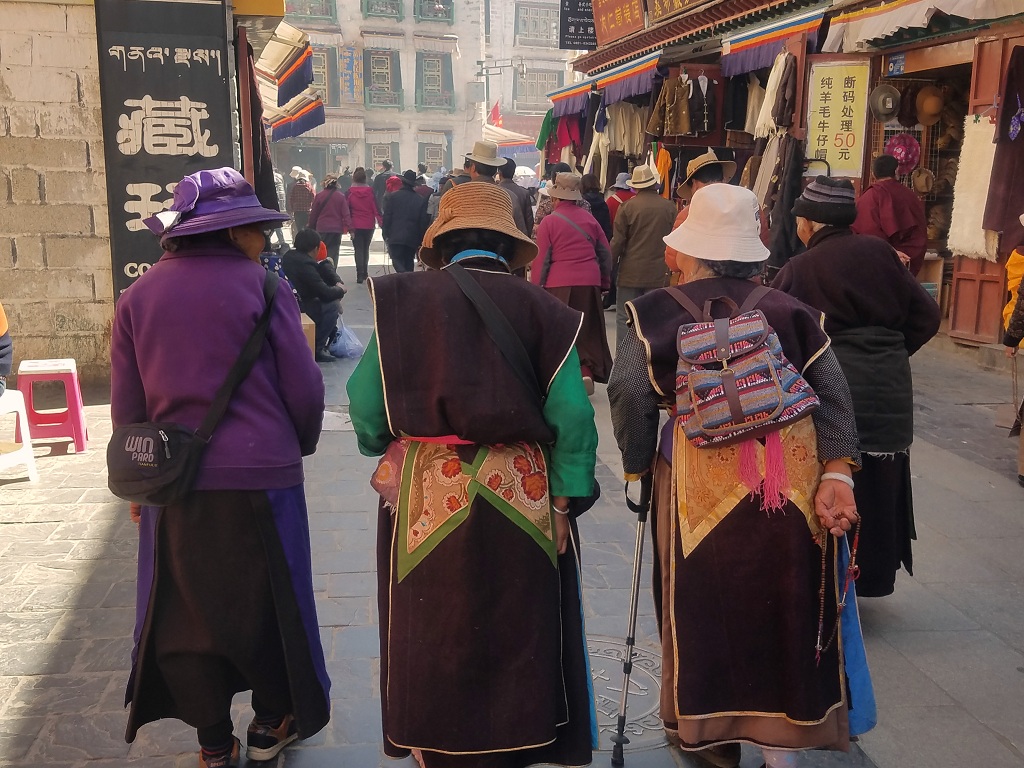 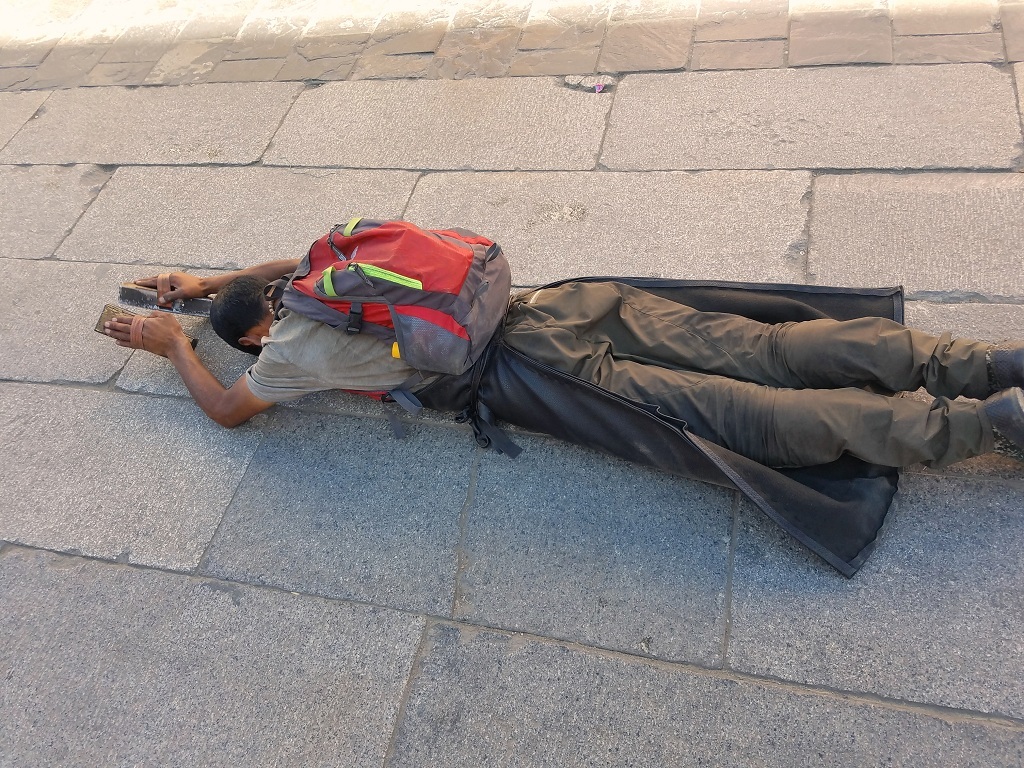 In Barkhor square – which fronts Jokhang Temple – worshippers fed huge beehive-shaped clay ovens with incense. The thick gray smoke hung in the air and spread a pungent aroma around the temple. 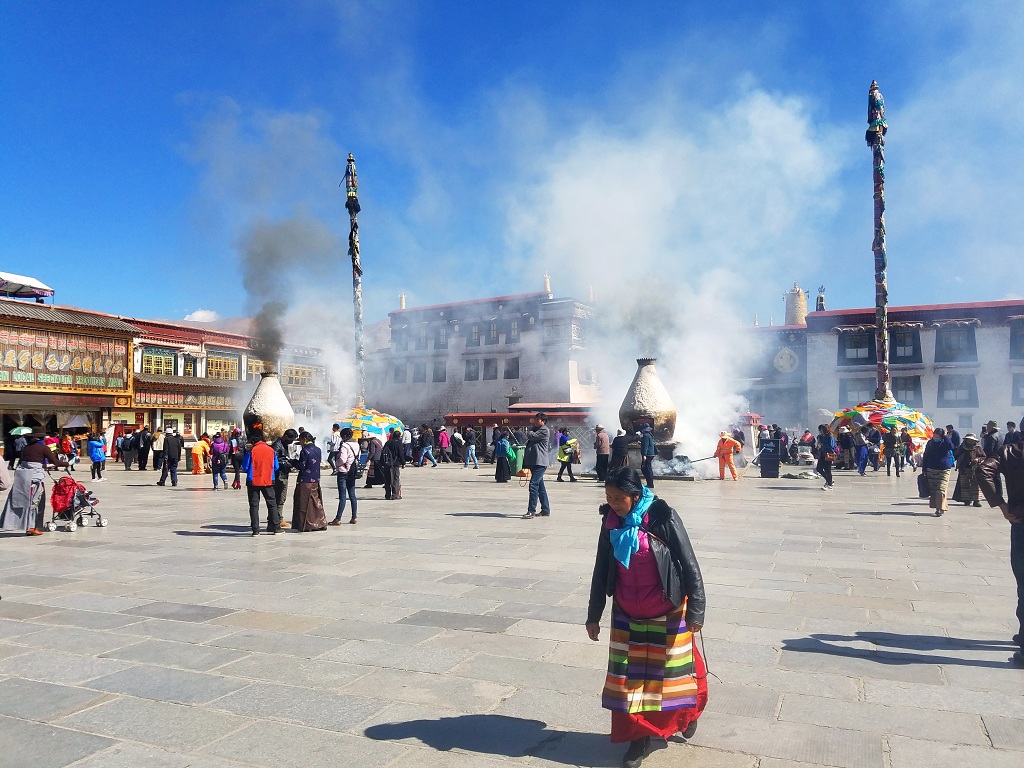 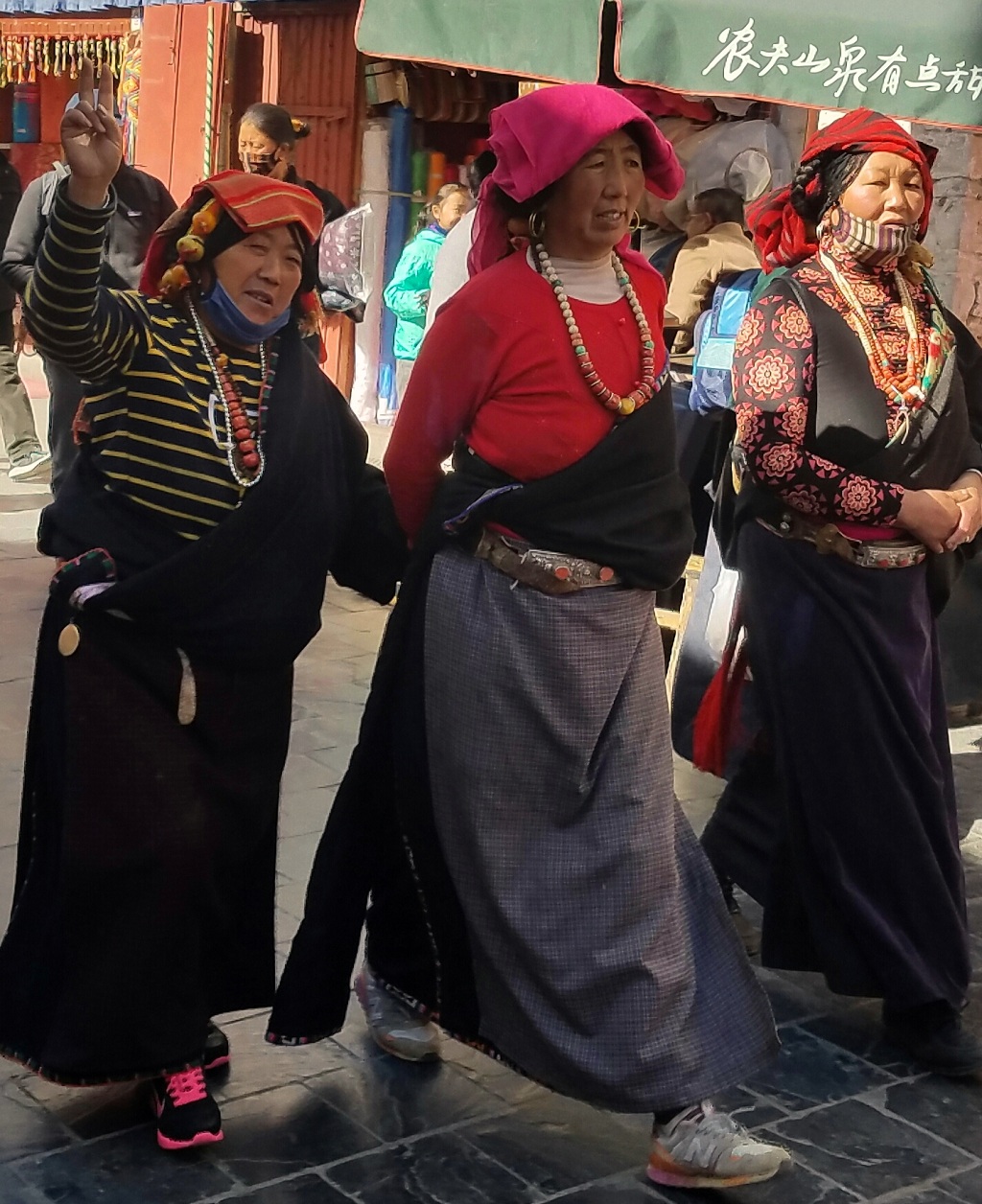 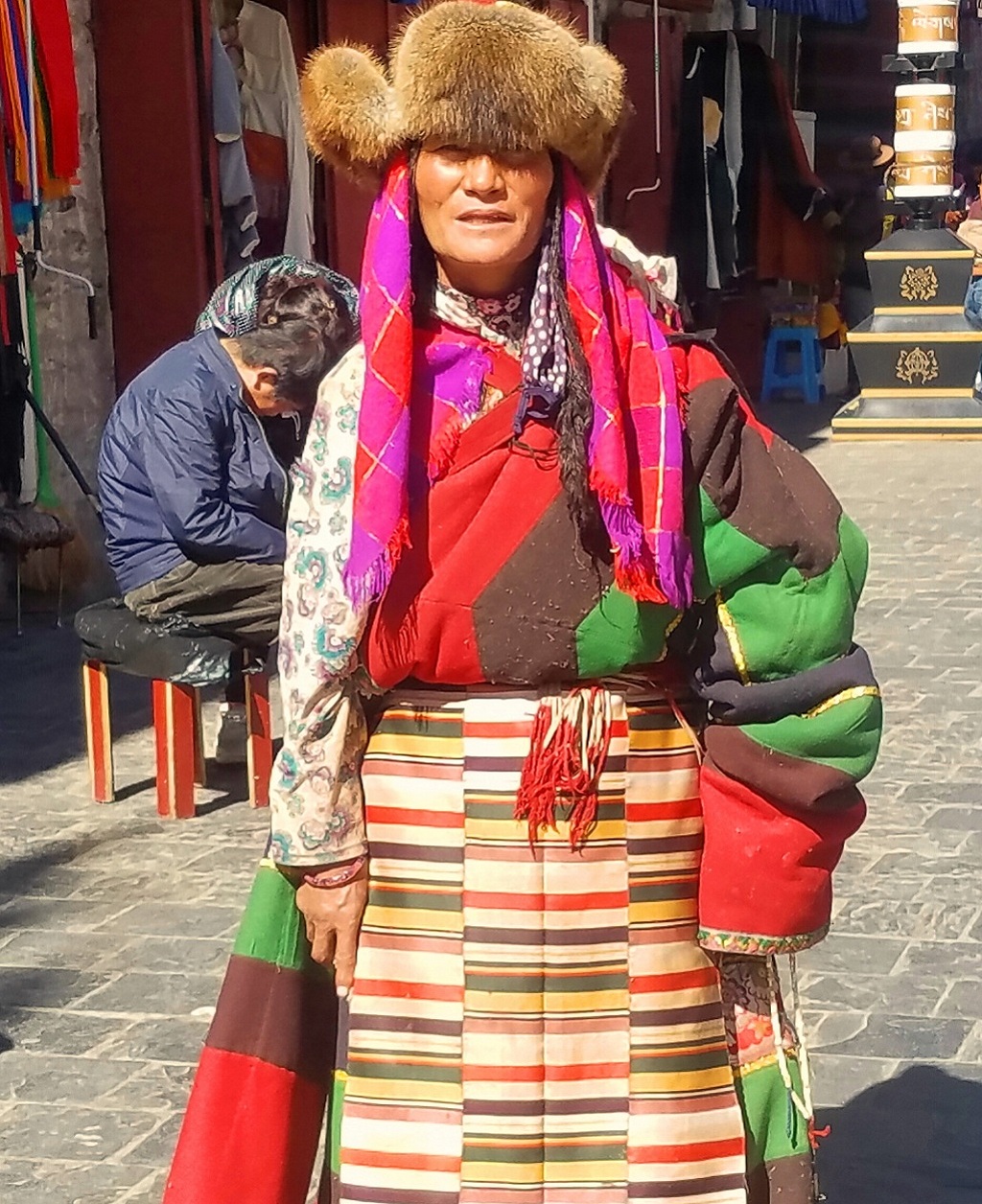 The entire Old City of Lhasa is cloaked in the most unforgettable, palpable, spiritual and peaceful aura. Traveling through Tibet was a true highlight of our travels.