Ollantaytambo-referred to by the locals as Ollanta-is the most authentic of Inca villages, and still maintains all of its unique charm. The locals go about their daily lives unfazed by the busloads of hikers and tourists who flood little Plaza Maraki, before continuing on to hike the Inca Trail or to visit Machu Picchu.

In the shadow of the majestic Andes, rising above Ollanta, are rows of steep terraces and Inca temple ruins that are as impressive as those to be found in Machu Picchu. This is where the puppet Inca Emperor – Manco Inca Yupanqui – held out after the siege of Cusco in 1537, and defended the site from the Spanish in the battle for Ollantaytambo.

After exploring the ruins, we hiked along a narrow footpath that clung to the mountainside and led us to views of the ancient granaries, then descended to the ceremonial baths and fountains.

Back in the village, we wandered the quiet cobblestone streets leading off Plaza Maraki, where narrow canals constructed centuries ago still supply water to the town. 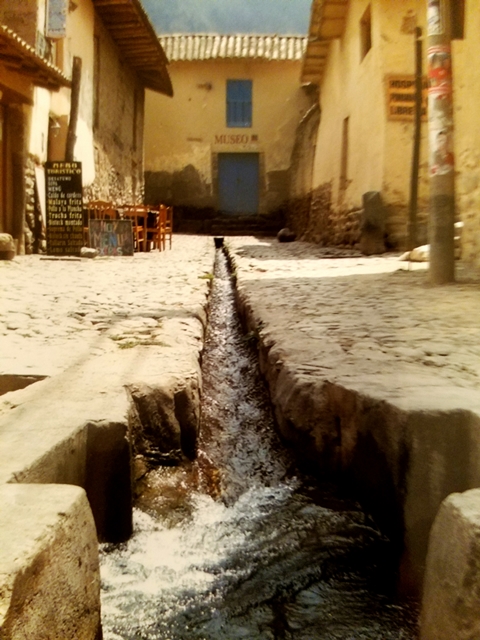 We poked our heads into the courtyards of several ‘canchas’ (traditional homes) and were fortunate to be invited in by one of the families. Their oldest daughter led us through the central courtyard where water flowed through narrow channels, and massive original Inca stones supported newly constructed walls-to the main room of the house. Niches carved into the walls held shrines, that displayed an interesting mix of both Inca and Christian icons.

In a corner, stood a bed covered in a richly embroidered fabric, piled high with neat stacks of the crafts which the family sells at the local markets.

A table held a wide variety of potatoes ( there are hundreds of varieties in Peru), beans, black, yellow, and red corn, quinoa and other grains, all of which are staples of the diet in the area.

Running around on the floor in carefree abandon, were perhaps thirty guinea pigs. Guinea pigs are traditionally cooked and eaten on special family occasions, as well as during religious ceremonies. A tiny grey kitten, and a white puppy lay close to the warmth of the clay wood burning oven, curled around one another, oblivious to the antics of the guinea pigs.

At lunch time we headed to Heart’s Cafe, where the food is scrumptious, fresh and wholesome. Heart’s Cafe was founded by a British woman, who put a substantial portion of her income derived from the cafe towards helping the local women and their children, many of whom suffer from malnutrition. 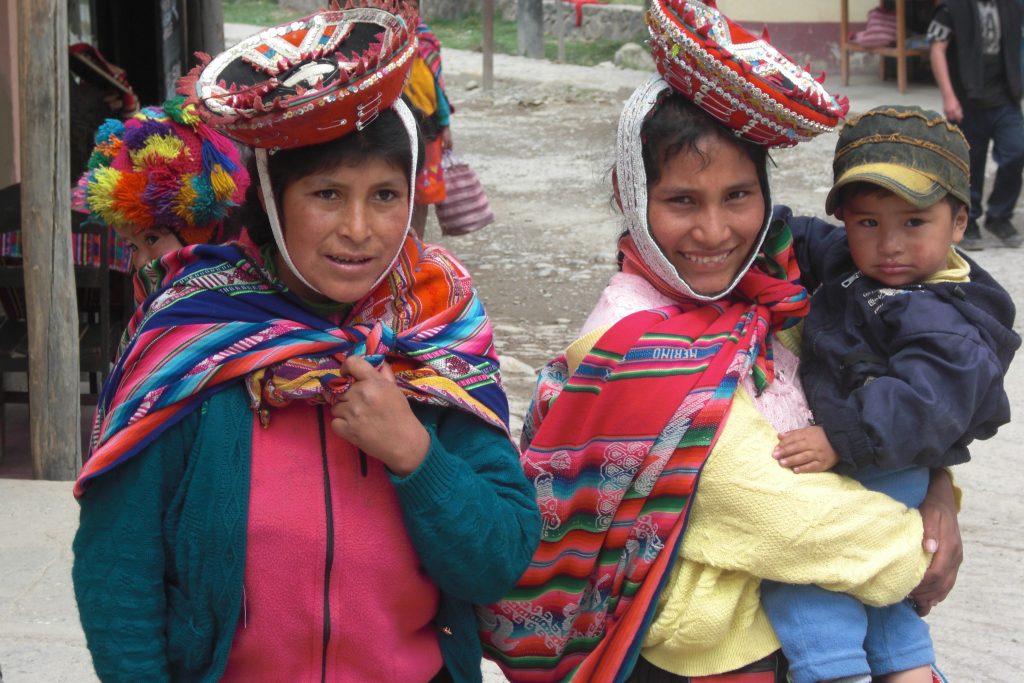 After a leisurely late lunch, the ,gorgeous setting of our home base in the Sacred Valley- Sonesta Posada del Inca Yucay-beckoned us to return, to read, relax and savor our surroundings.

Sonesta Posada del Inca Yucay was built in the 16th Century as a convent. Subsequently, it became the summer home of a wealthy Cusco resident. Today, it is a gem with beautiful gardens, a small brightly colored early Christian church, a spa, coffee shop and a fine restaurant. 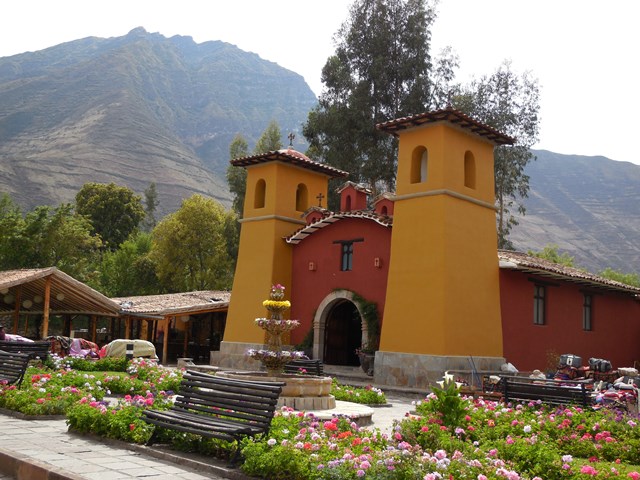 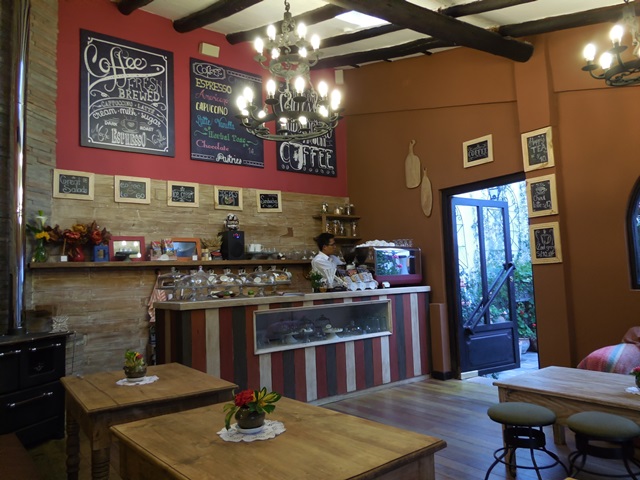