Hoi An – A Vietnamese Treasure

Hoi An rests on the banks of the Song Thu Bon River, in Central Vietnam. For centuries it was a vibrant port of call for explorers from Portugal, Holland, England, Italy, France, Japan and China.While no longer a port, the old town draws visitors from all over the world who come to soak up the beauty of its small enchanting pagodas, indulge in the excellent cuisine, and explore the narrow streets where the original clan houses still stand with their inner courtyards open to the sky, and their roofs crowned with tiles arranged in traditional ying (concave) and yang (convex) rows. 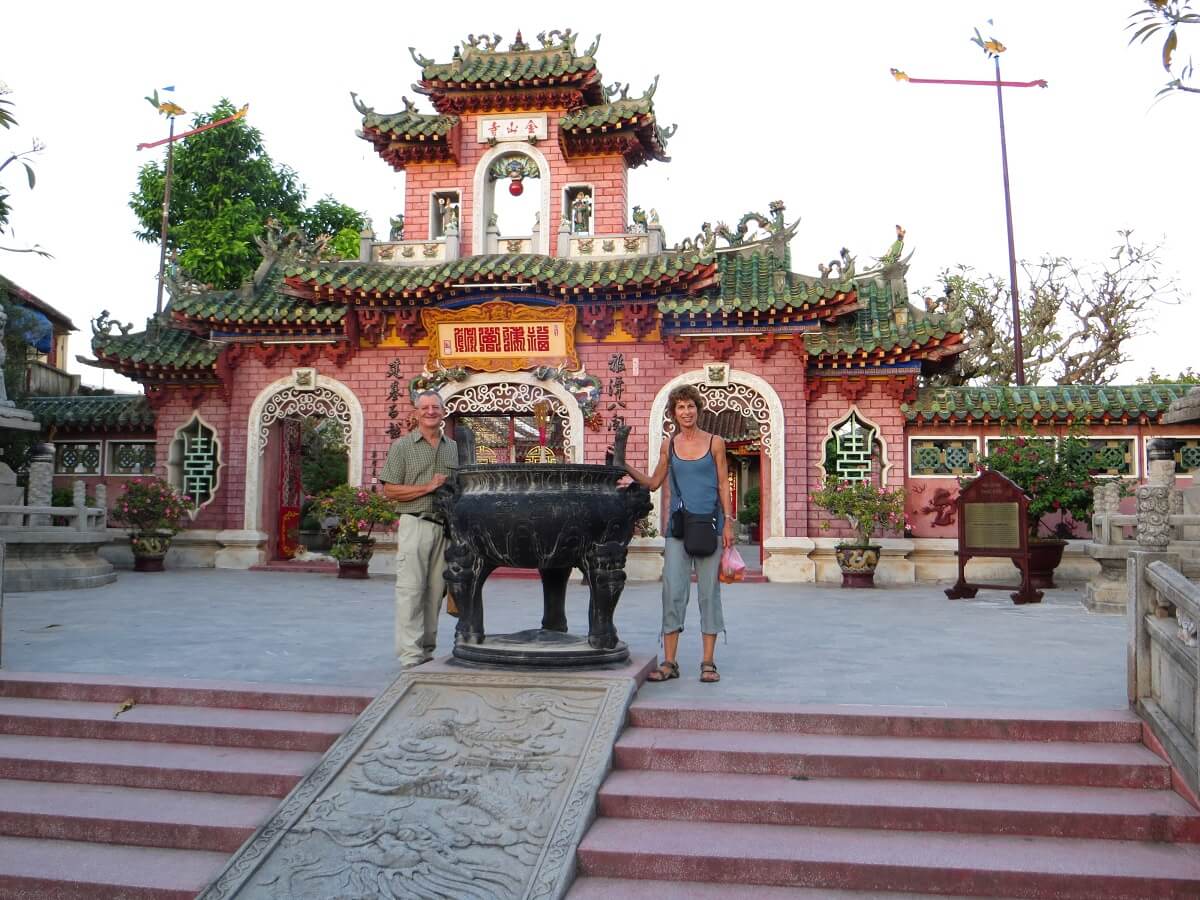 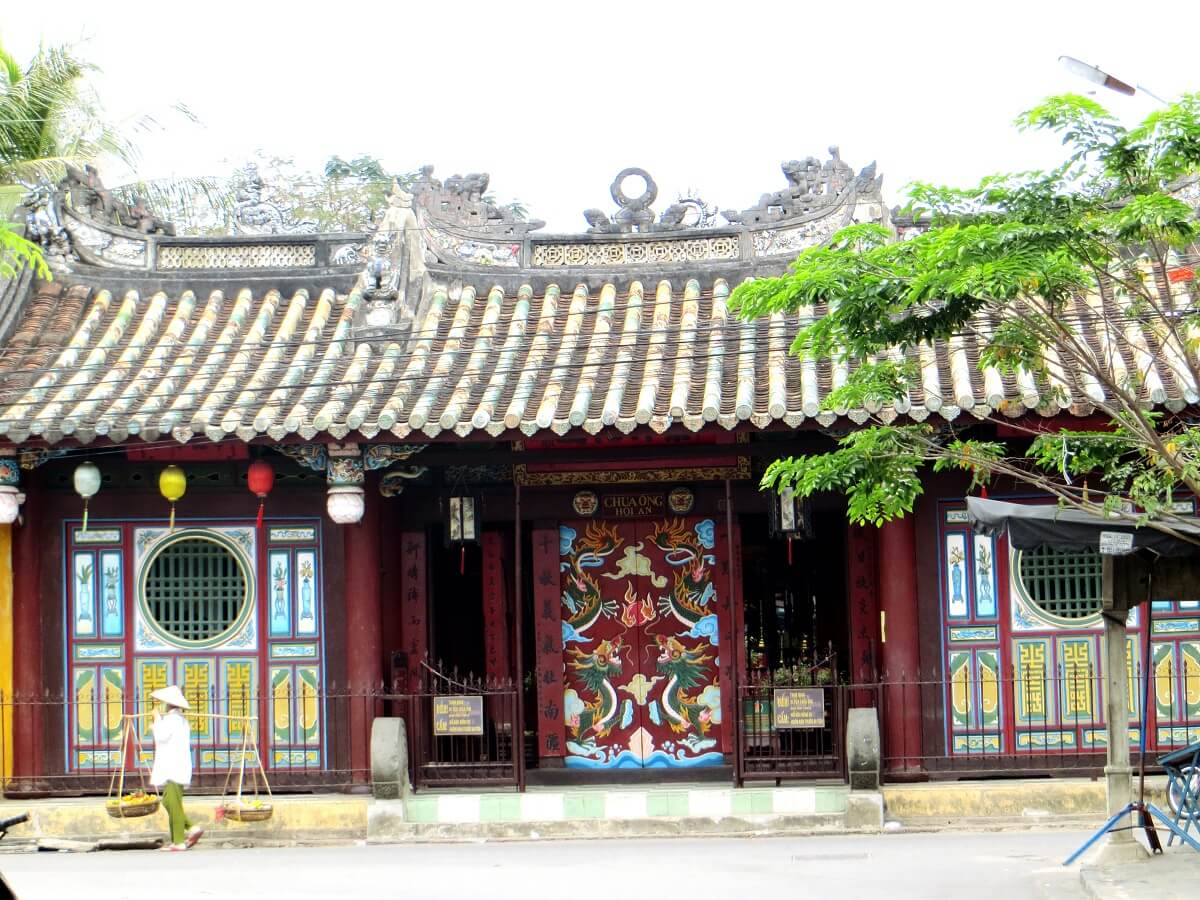 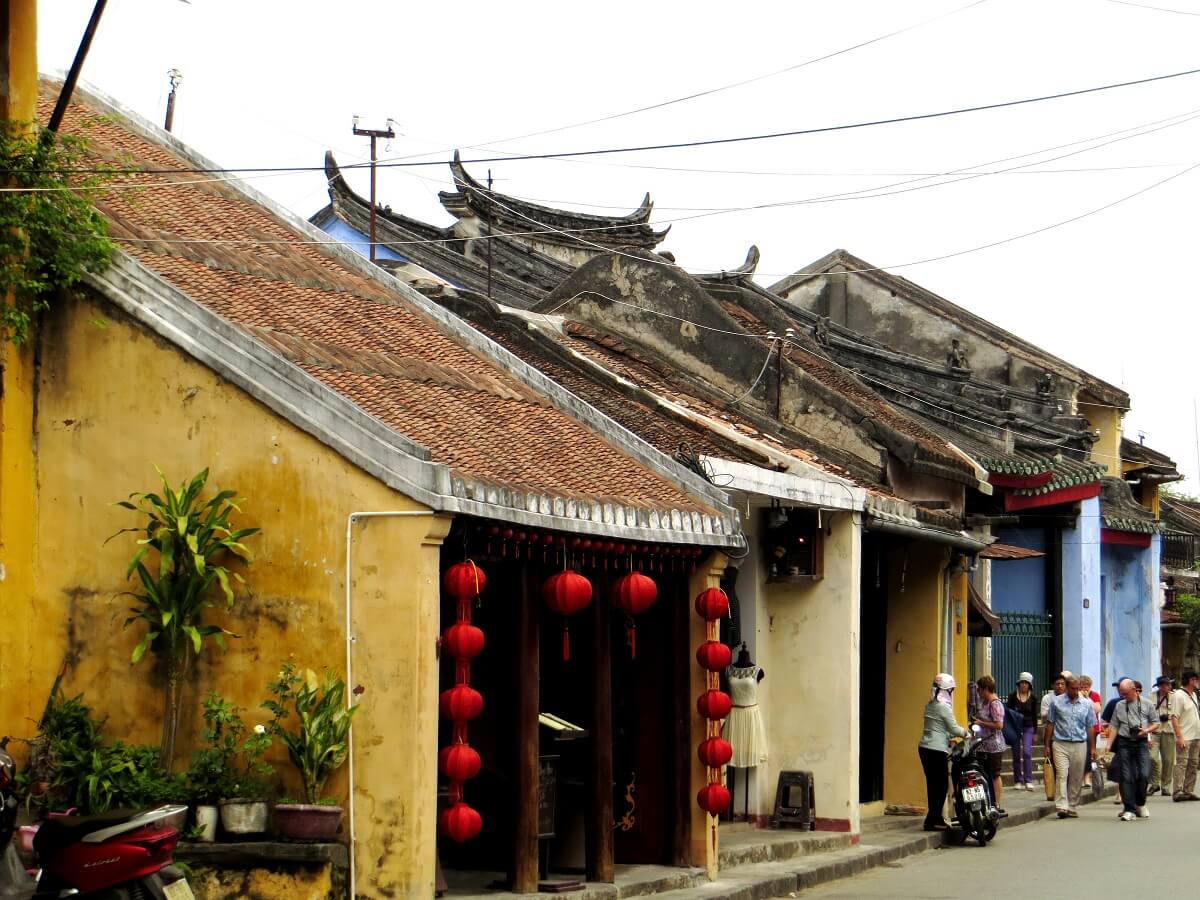 The small museum of ceramics (everything is small in old town Hoi An), details the rich history of ceramics during the 14th and 15th centuries in the Japanese Quarter of ancient Hoi An, while the covered Japanese Bridge-built by the Japanese community in the 17th century – is an exquisite piece of architecture. Its reflection in the waters below is an ever-changing painting of arches, colors, shapes and patterns. 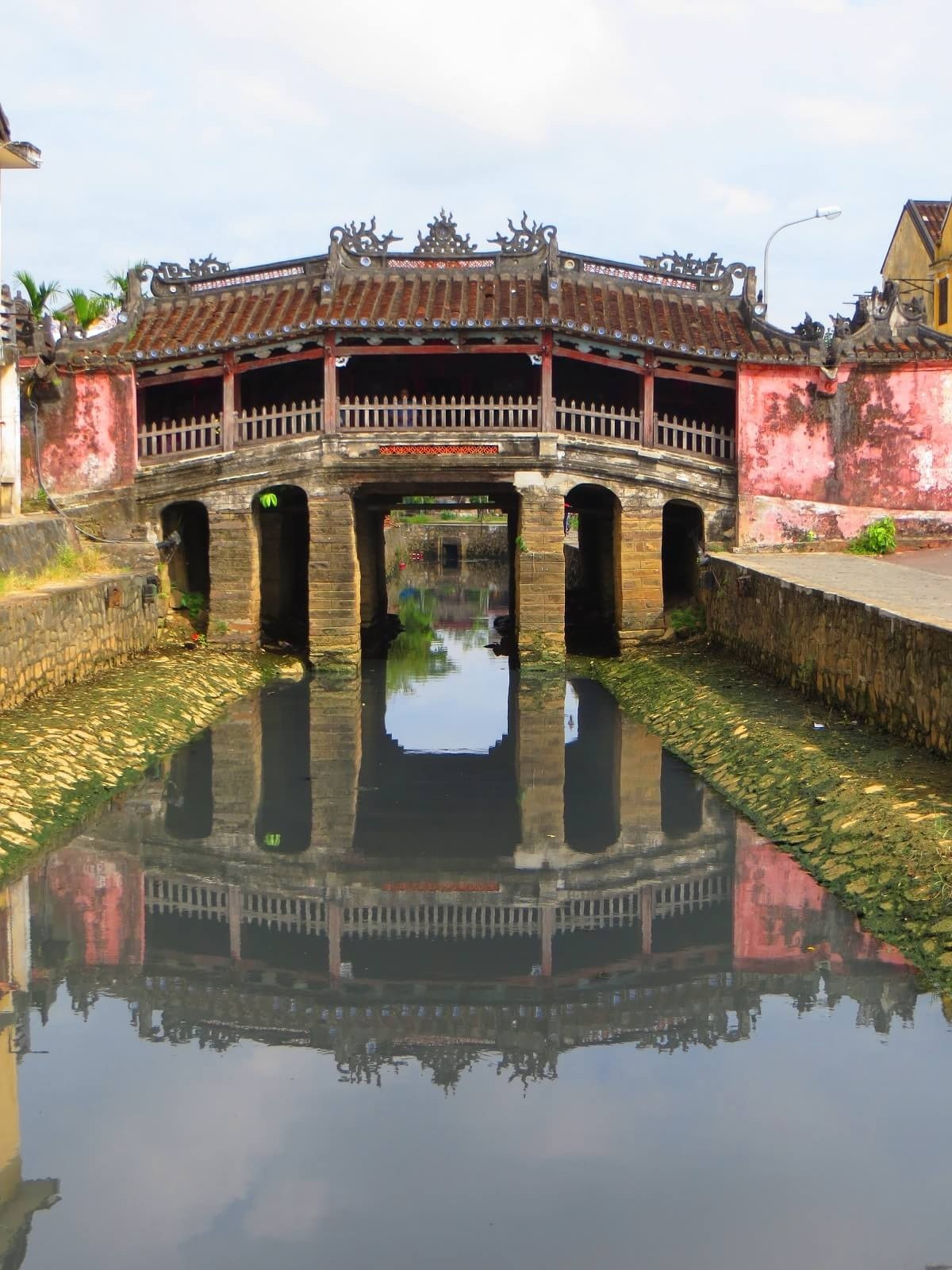 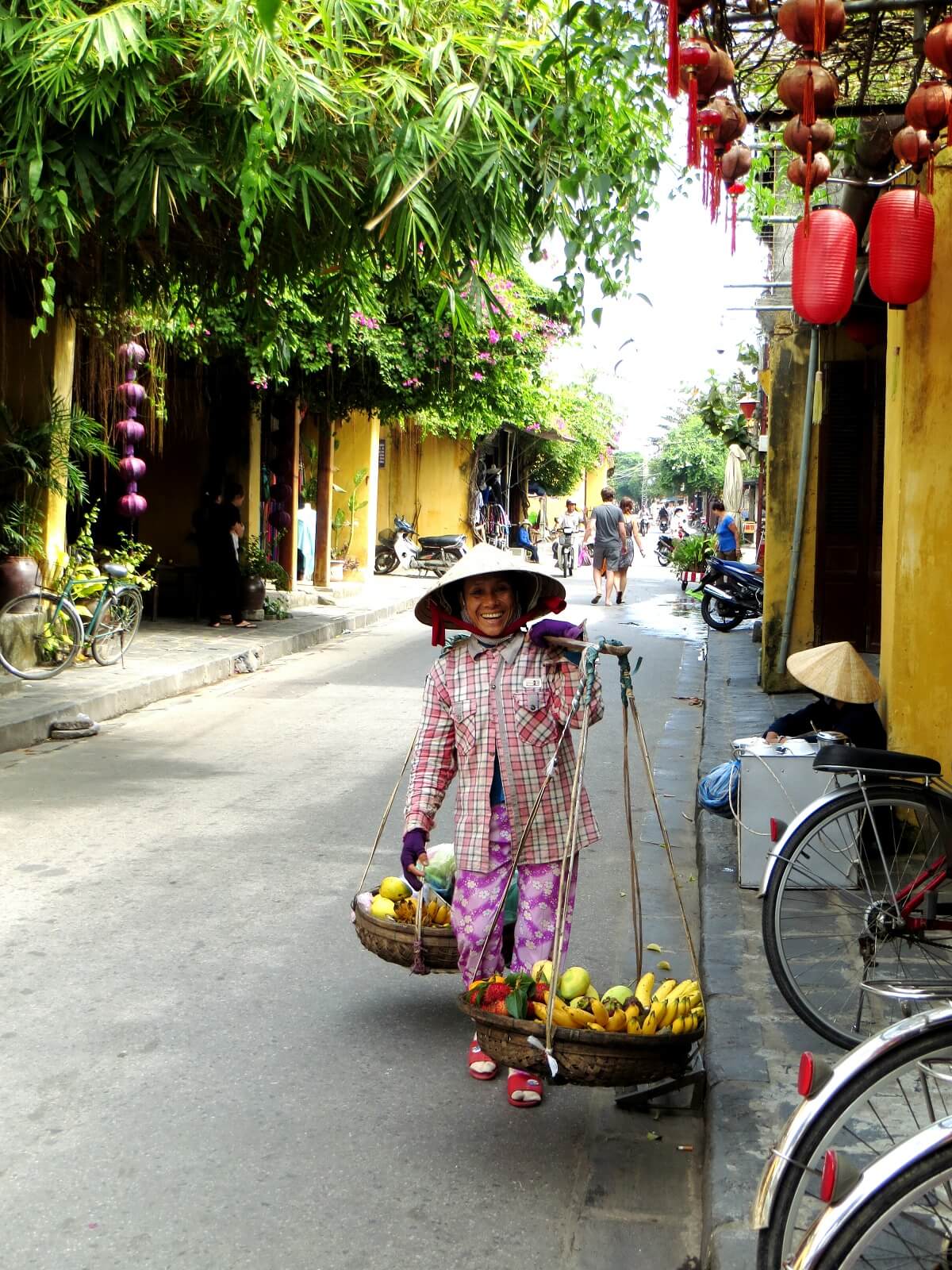 Hoi An is the perfect place to decompress after weeks of traveling through Vietnam. We stayed at the Vinh Hung Resort where our patio opened onto lush, tropical gardens and a view of the river with boats puttering towards the market, and fishermen drifting silently by, their faces shaded by their conical lampshade hats (Non La). 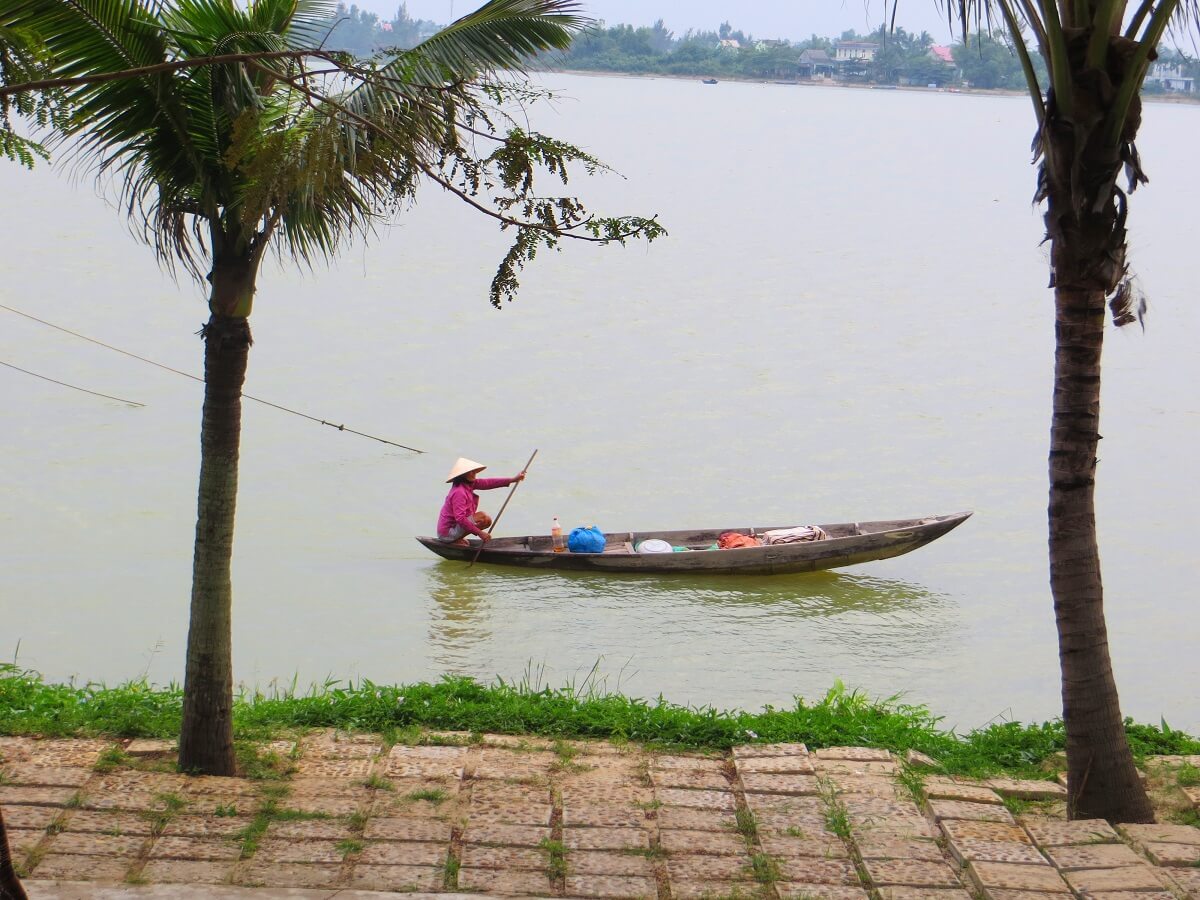 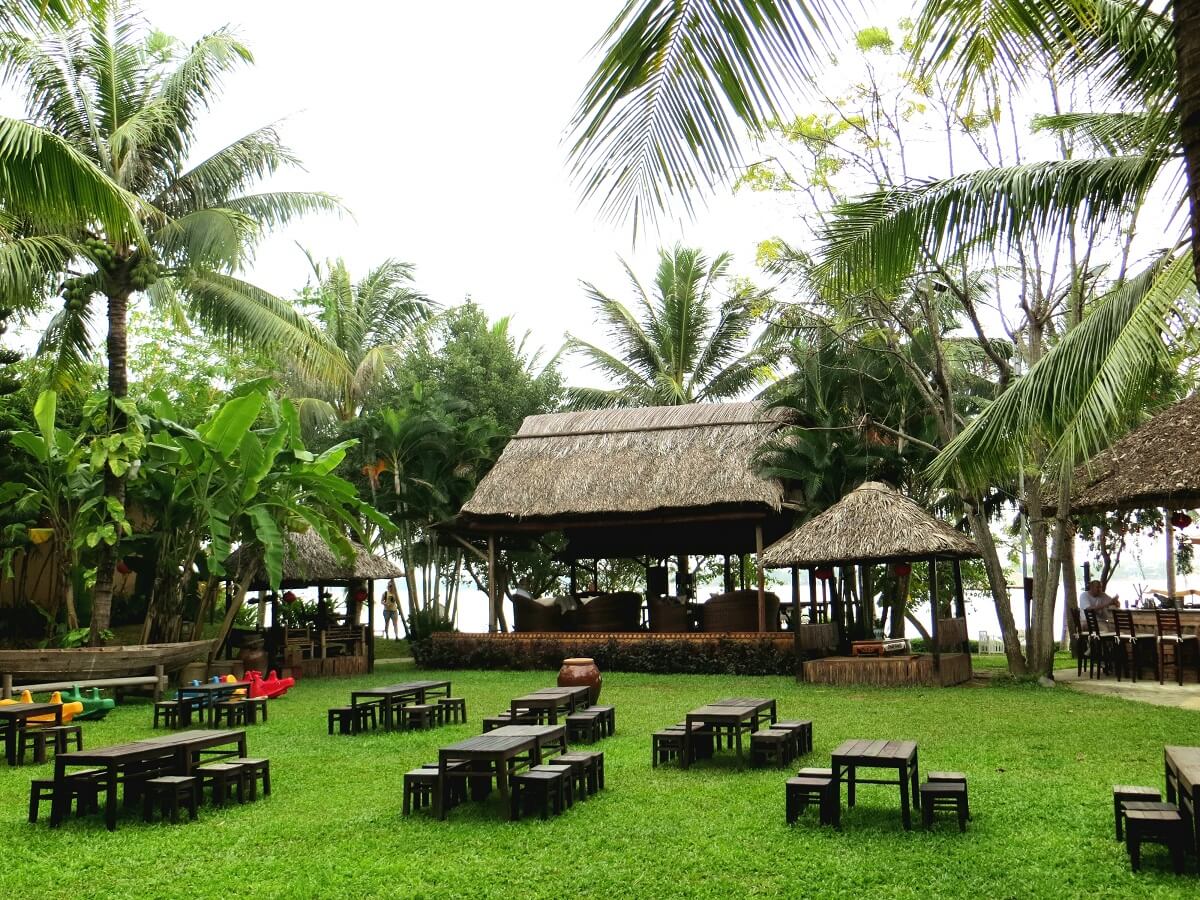 It seems as though every fourth store in Hoi An is occupied by a tailor and everyone who visits Hoi An finds themselves being measured, fitted, and padding their suitcases with made to order new clothing. We had been given the name of Yaly Couture during our travels through Northern Vietnam, so after breakfast one morning, we rented bikes and rode up and down the utterly beguiling streets of the ancient town stopping to visit pagodas, clan houses, the Japanese bridge and relax and people watch while sipping cool, thick, mango lassis at Câyle-Pear Tree Café. Onward to Yaly Couture where Lucy took measurements, drew sketches, listened carefully to what we wanted made, helped us to select fabrics, buckles and buttons, and then dismissed us with instructions to return the next day. 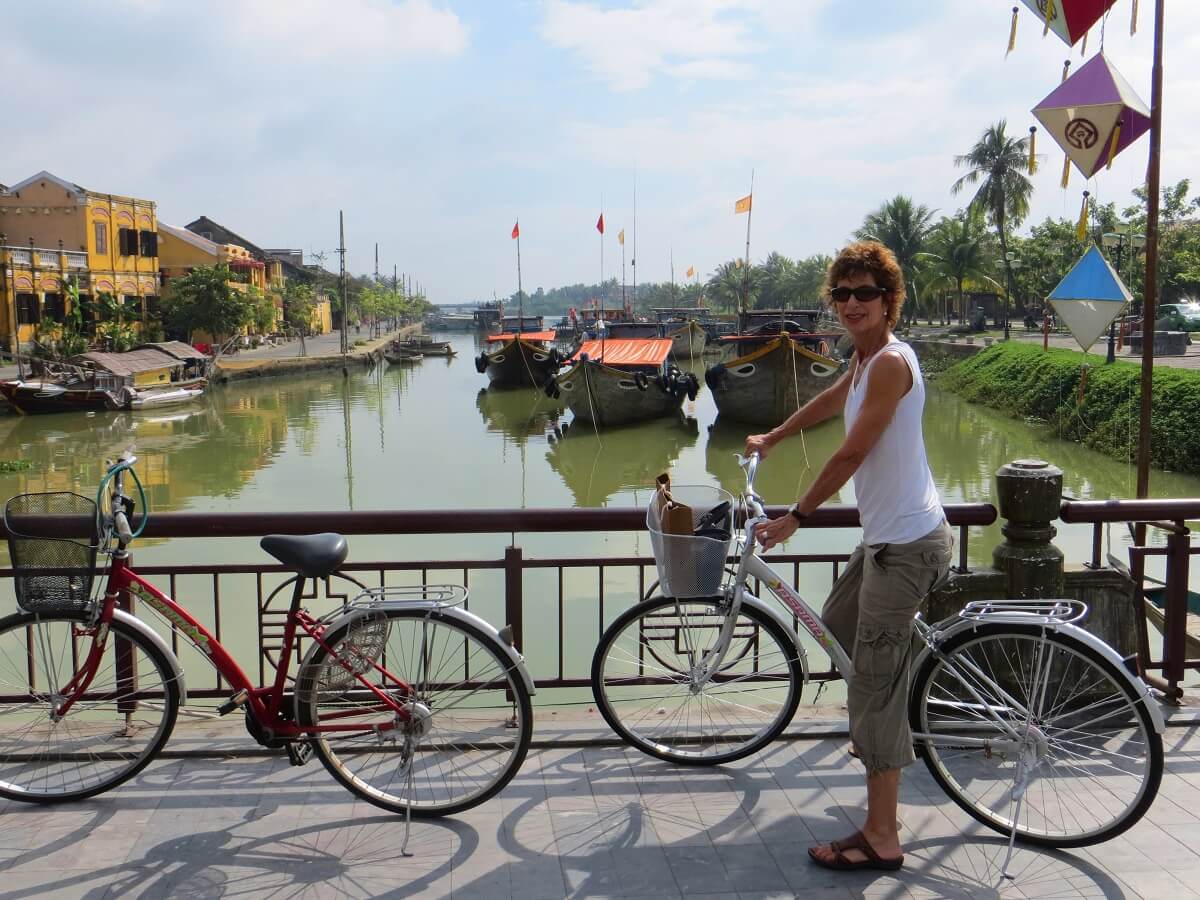 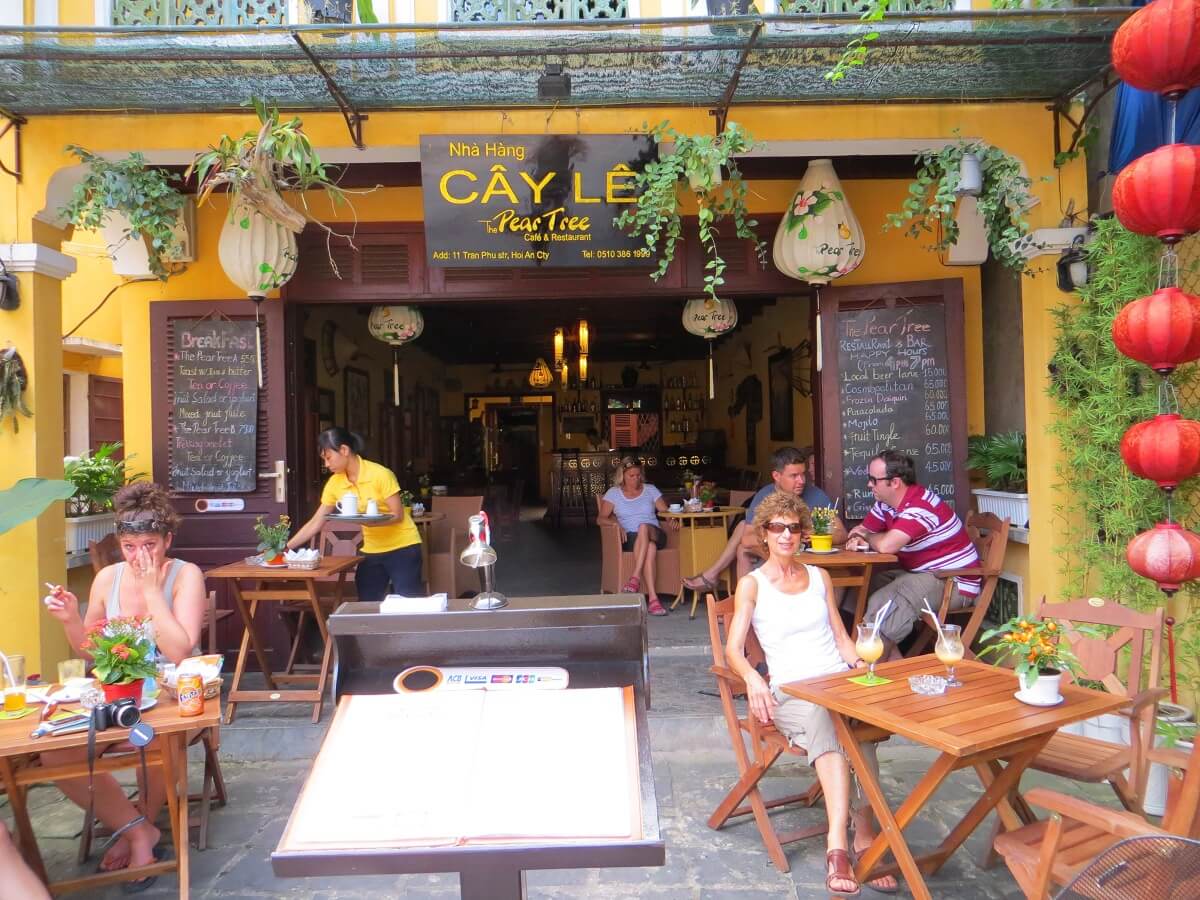 At night, Hoi An becomes a true fairyland when thousands of silk lanterns in every color, shape and size illuminate the town and cast their reflections into the river, like a mass of floating colored jewels. 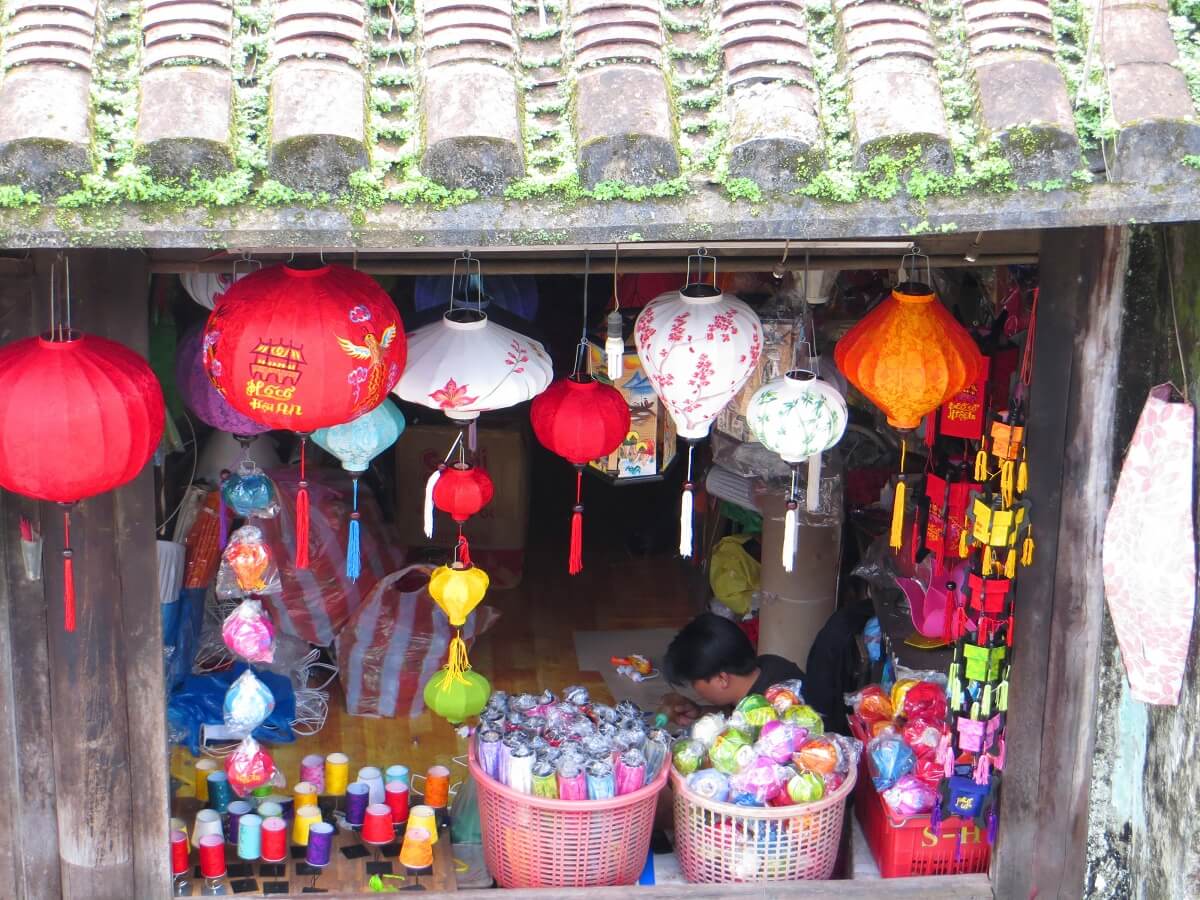 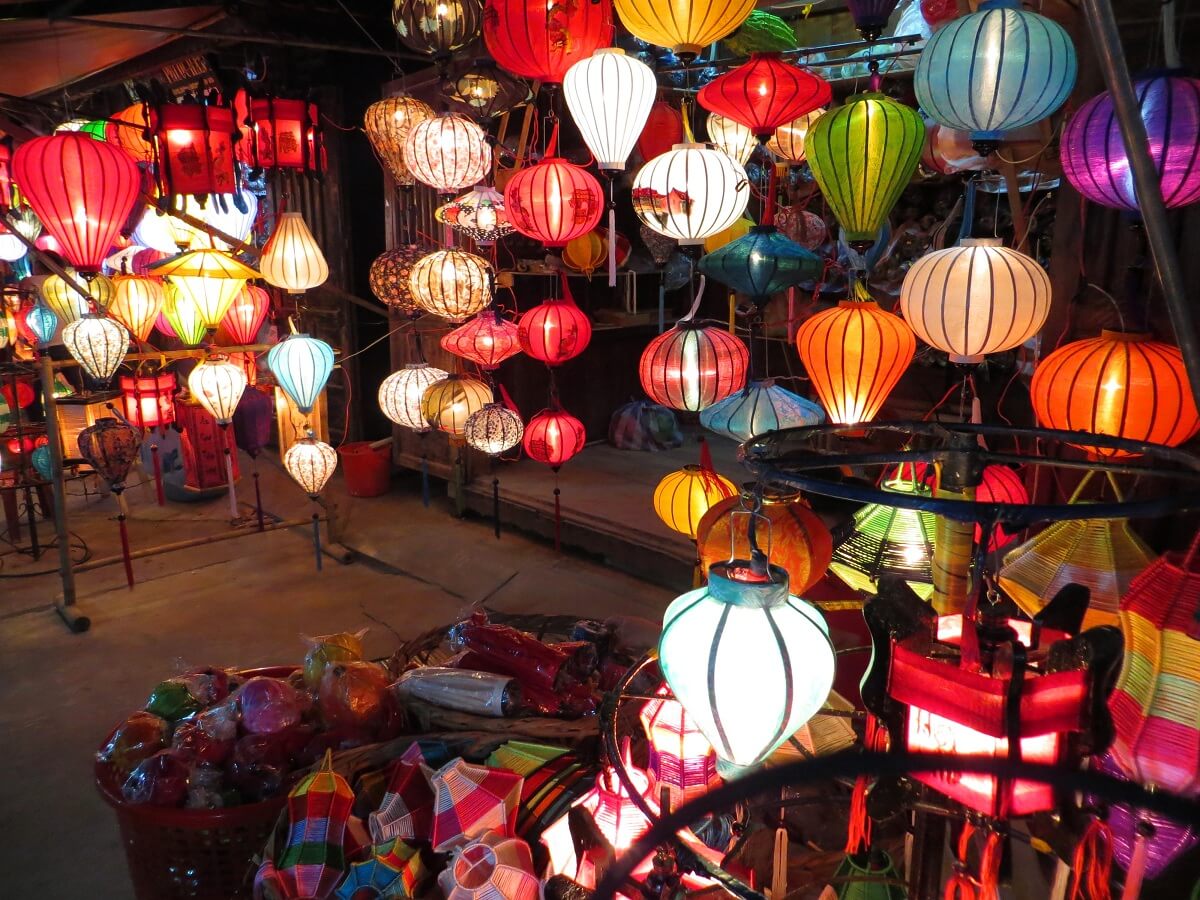 Lucy did a spectacular job of our clothing. She copied a pair of French made cargo pants that I always take along on my travels so perfectly that I ordered three pairs, and made an exact copy of a leather jacket from a photo that I had given her. Everything was packed and shipped and was waiting for us when we arrived home in California a month later.
Hoi An oozes with charm, has great cuisine (don’t miss MISS LY’s original hole in the wall restaurant), is full of art, color, and ancient history, yet remains peaceful and unspoiled.