The town of Chincero is situated almost halfway between the Salineras de Maras and  Cusco. The Chinchero’s expertise of dying and weaving has been passed down through the  generations, and they are rightly very proud of their craft. The women all wear red hats,  embroidered blouses and long black skirts with colored woven hemlines, all of which they sew  and weave themselves. We watched them at work in one of their small cooperatives and found
their entire process enthralling. 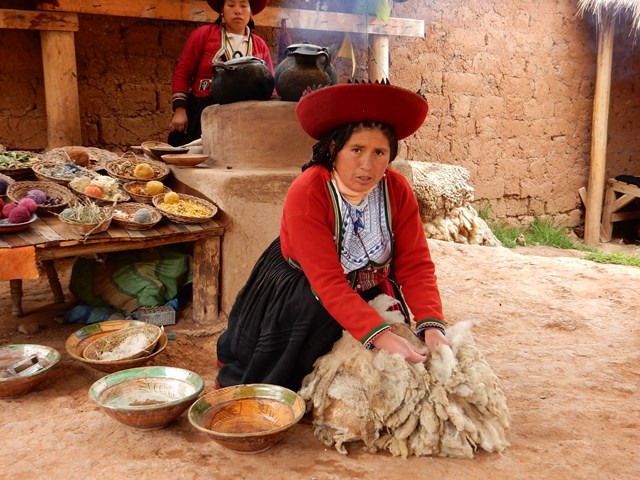 First the wool is separated from the animal’s pelt using a sharp piece of broken glass. Next, a piece of the saqta root (found in the surrounding hills), is grated into a bowl of warm  water. The water is then strained using a sieve made of natural grasses, and then stirred up by  hand, which produces a bubbly, soapy, natural shampoo in which the wool is cleaned. The  clean wool is hung out on the branch of a tree to dry, then spun using a wooden spindle.

Next comes the dying process using dried flowers, herbs, grasses and leaves. We  watched as a woman produced red dye from the fungus that grows on cactus leaves, blue dye  from Quinsa K’ucho leaves, and yellow dye from Ccollo dried flowers. She placed each natural  dye into a heavy cast iron pot of simmering, steaming water. The wool was then immersed into  the hot water and minutes later a rainbow of beautiful bright wools were removed. 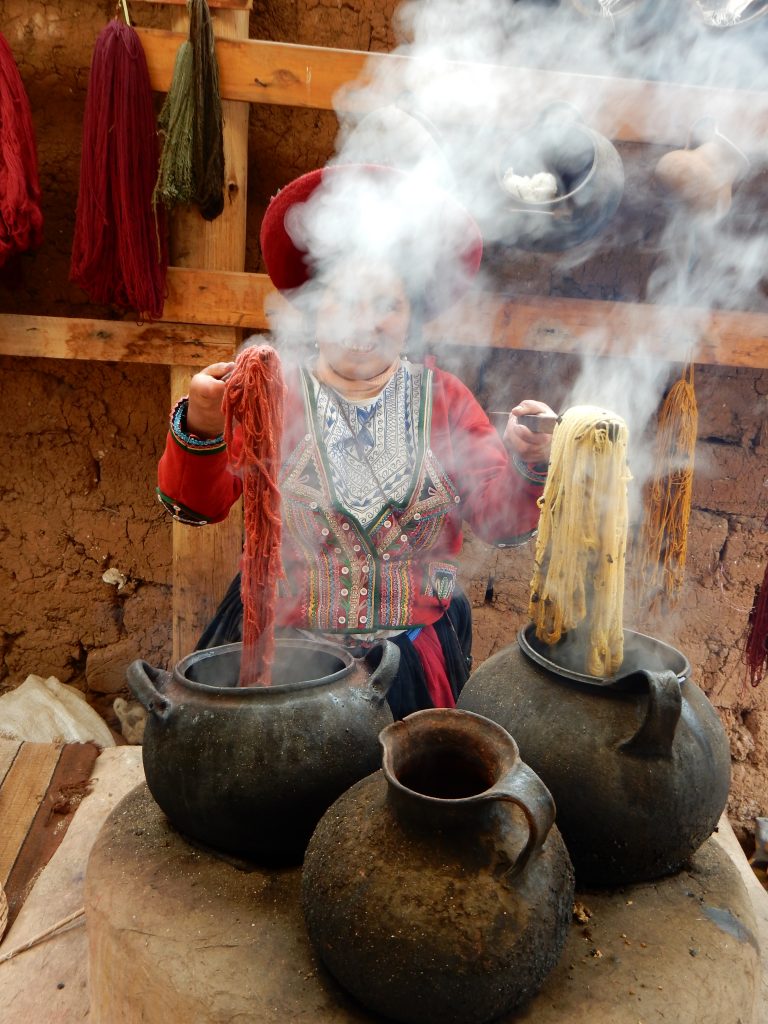 Finally the weaving process is done using backstrap looms that produce completely reversible pieces of fabric. The patterns are extremely intricate and all learned and produced from memory. They contain symbols which represent the Apus (revered Andes), Pachamama (mother earth) the Inca Calendar, Mama Cocha (the sea goddess) and many others. A single piece with more than one weaver working on it, can sometimes take several months to complete because of the intricacy of the patterns, and fineness of the weave.