From Udaipur  we wound our way around hairpin bends along narrow paths that cling to the mountainside.  We passed through villages where streams skip over pebbles and water is pumped in the same way as it was centuries ago:  A turbaned man sits cross-legged on a wooden platform that goes around and around in circles pulled by a docile white bull.  Sari clad women work in the fields, their graceful figures like proud colorful poppies against the landscape.  In Gujarat  we came across a family on the move, their donkeys carrying babies as well as newborn goats on their backs padded with colorful  carpets. 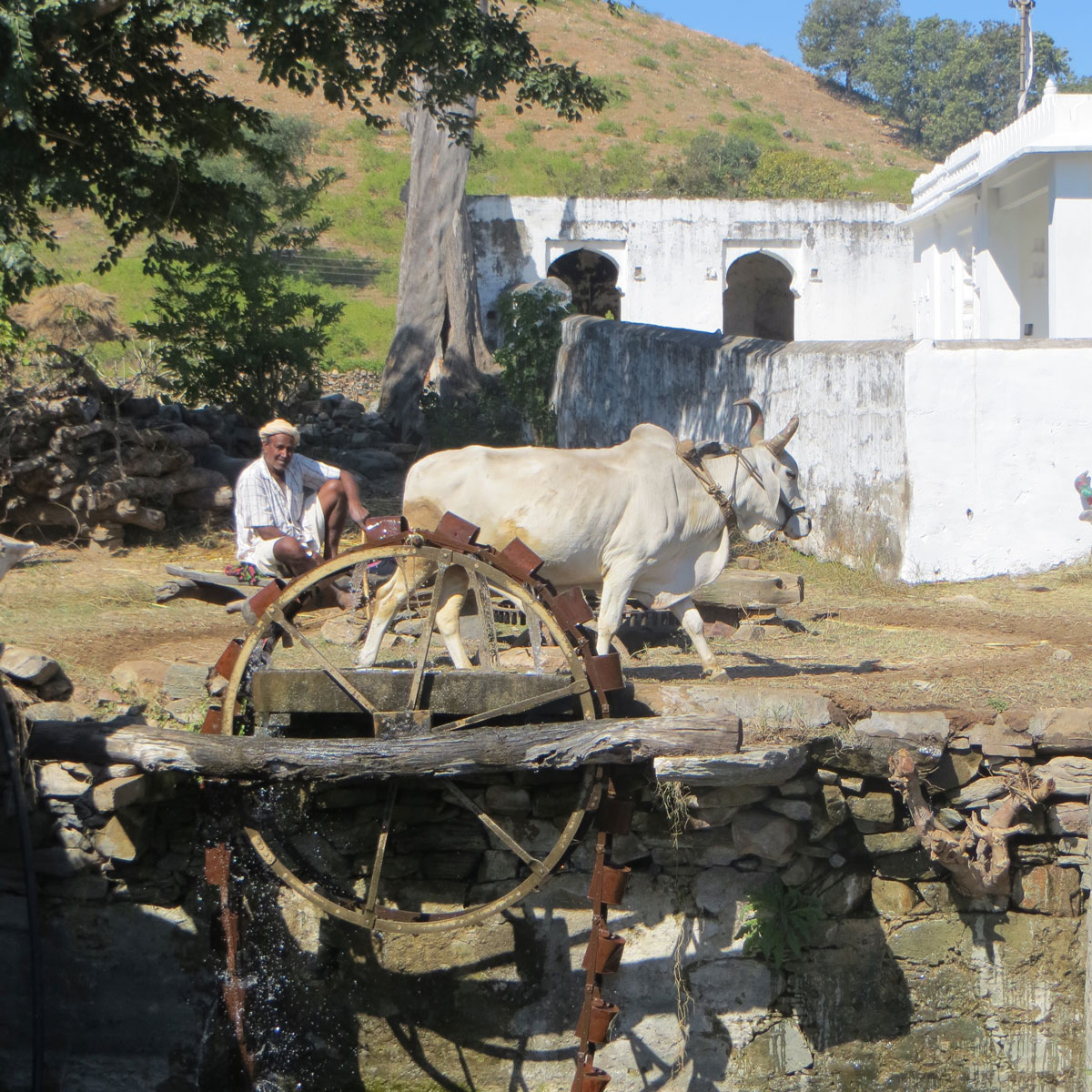 Several hours from Udaipur, the Jain temple nestles like a marble wonder into the Aravelli hills.  Within it stands a forest of thousands of marble columns supporting eighty domes.  Each one is intricately carved with exquisite detail and no two are the same. 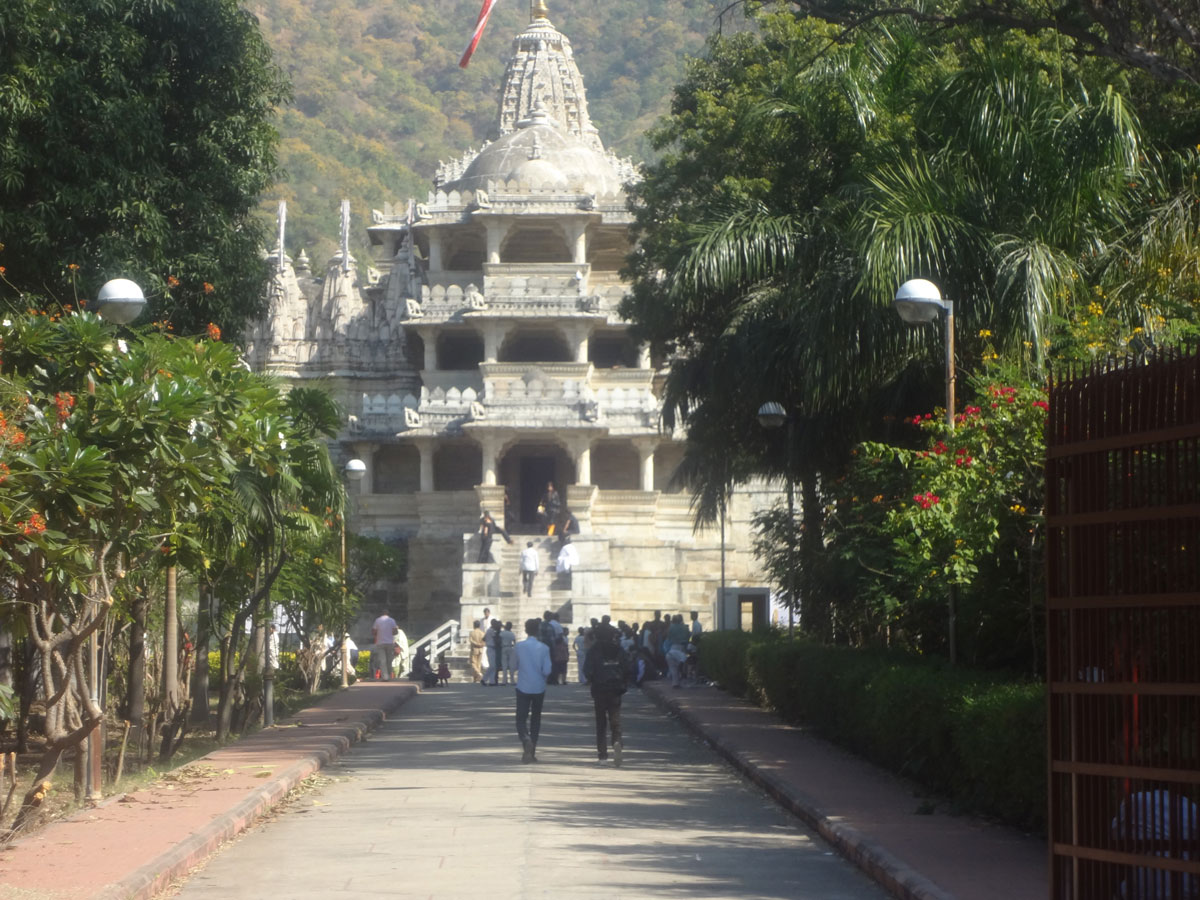 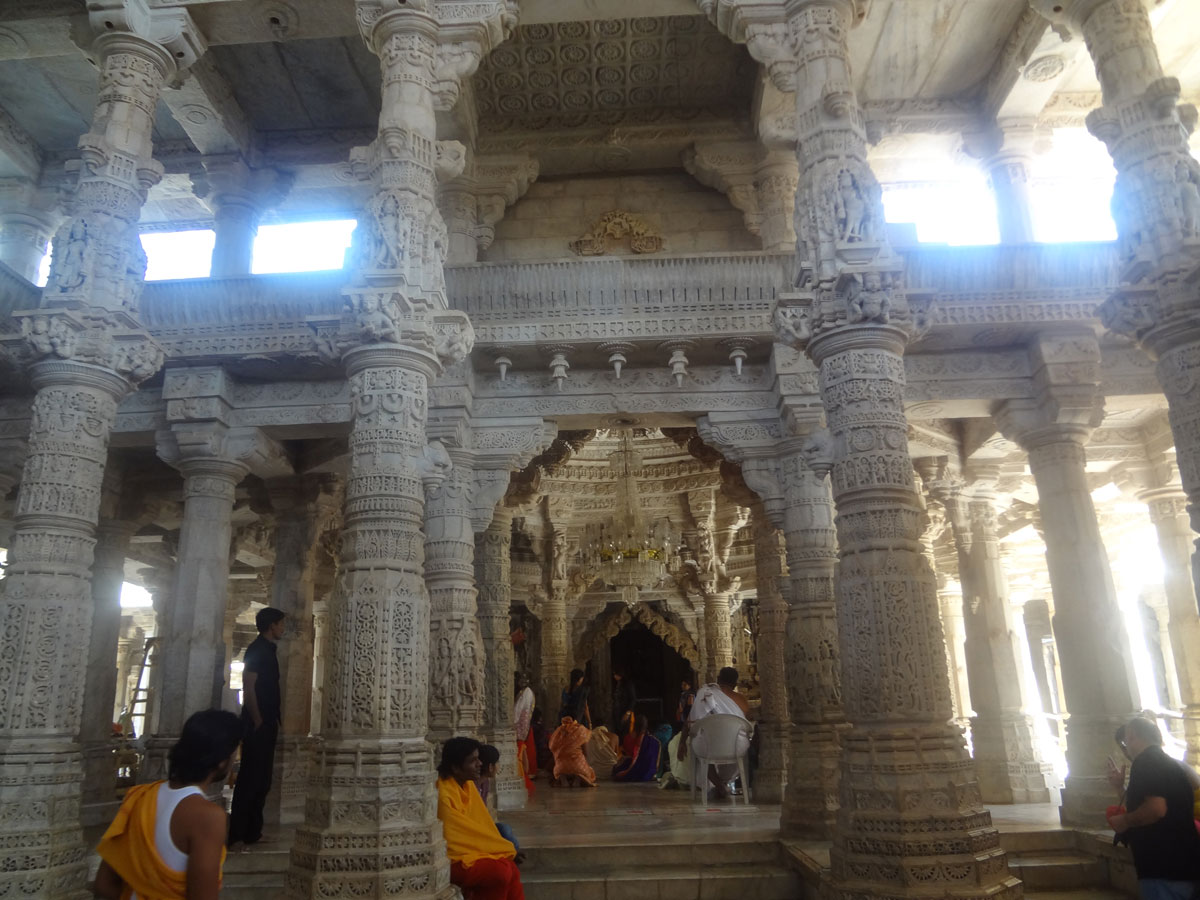 Onwards to the Kumbulgarth Fort with its imposing bulbous walls that run for almost 40 kms along the hilltops, making it the second longest wall in the world, The Great Wall of China being the longest.  Within its walls were temples, palaces and villages.  Built in the 15th century, it was attacked on several occasions, but remained impregnable. 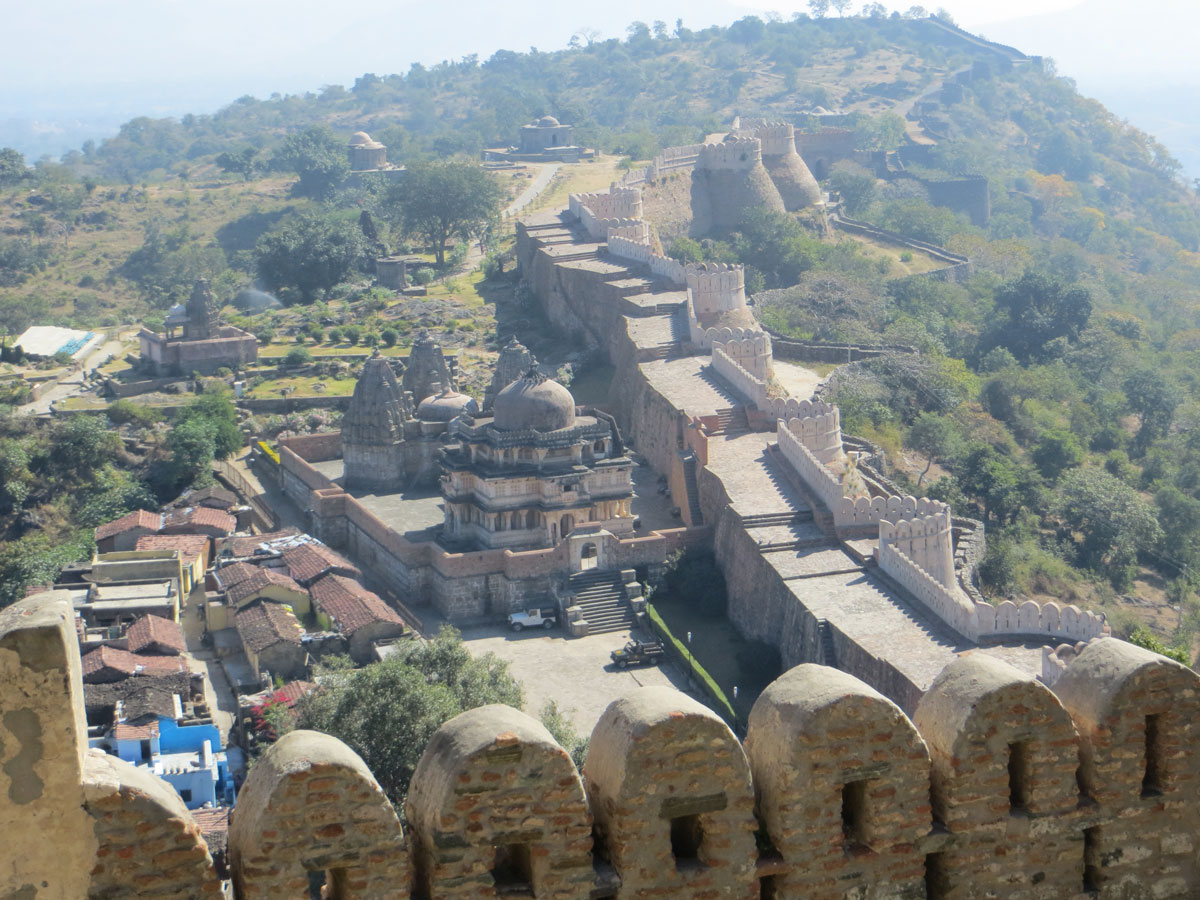 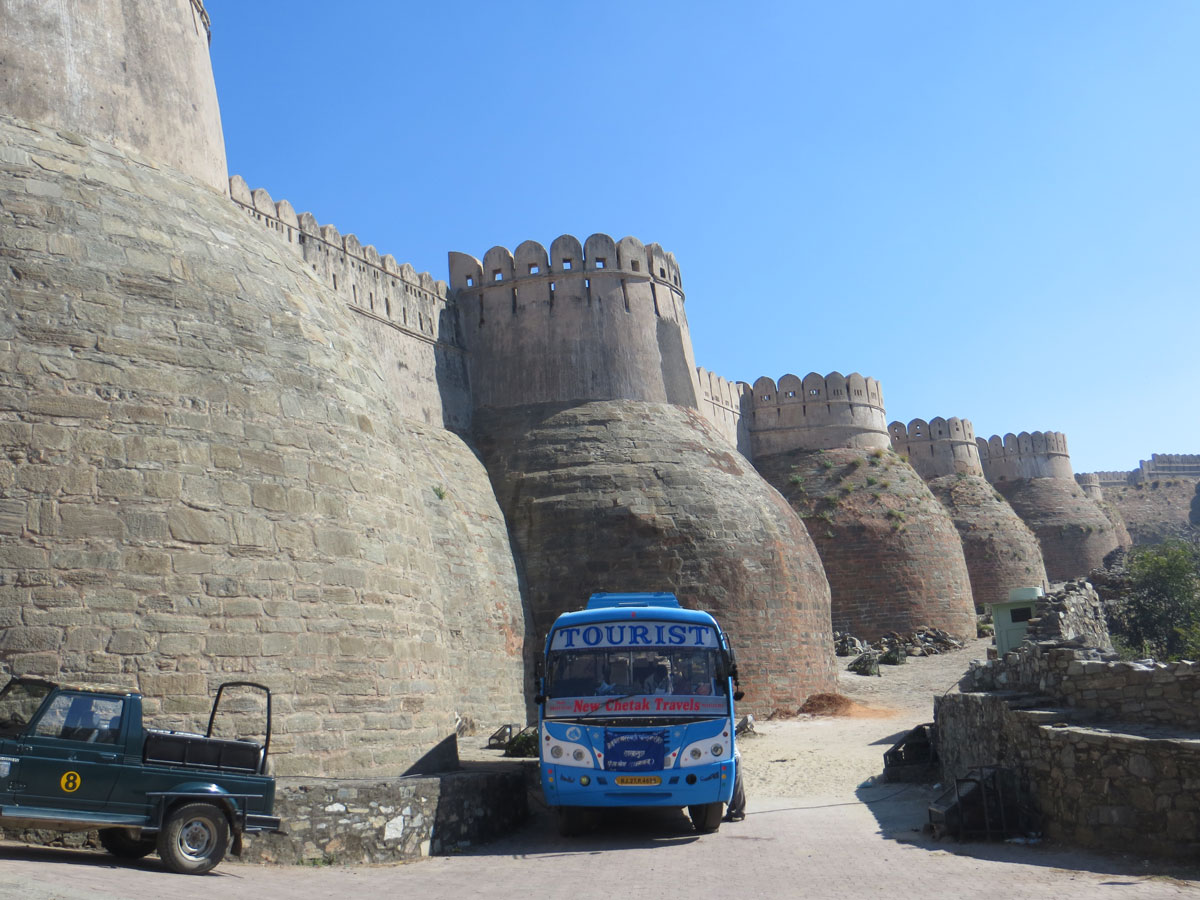 At the end of a long day of exploring and uncovering some inspirational sights, we pulled in to the former hunting lodge of the maharaja of Jodhpur – now a boutique hotel, its ambience and service befitting a maharaja and maharani. 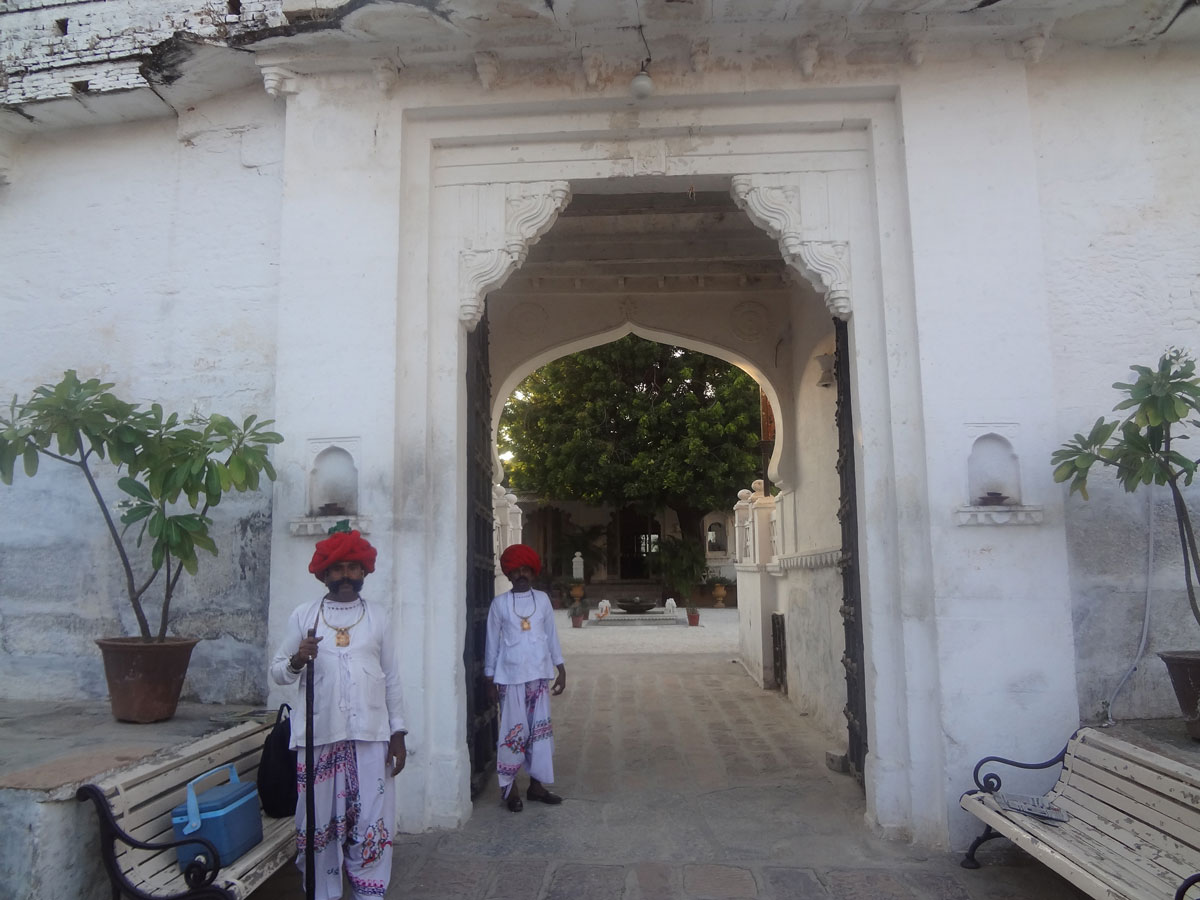 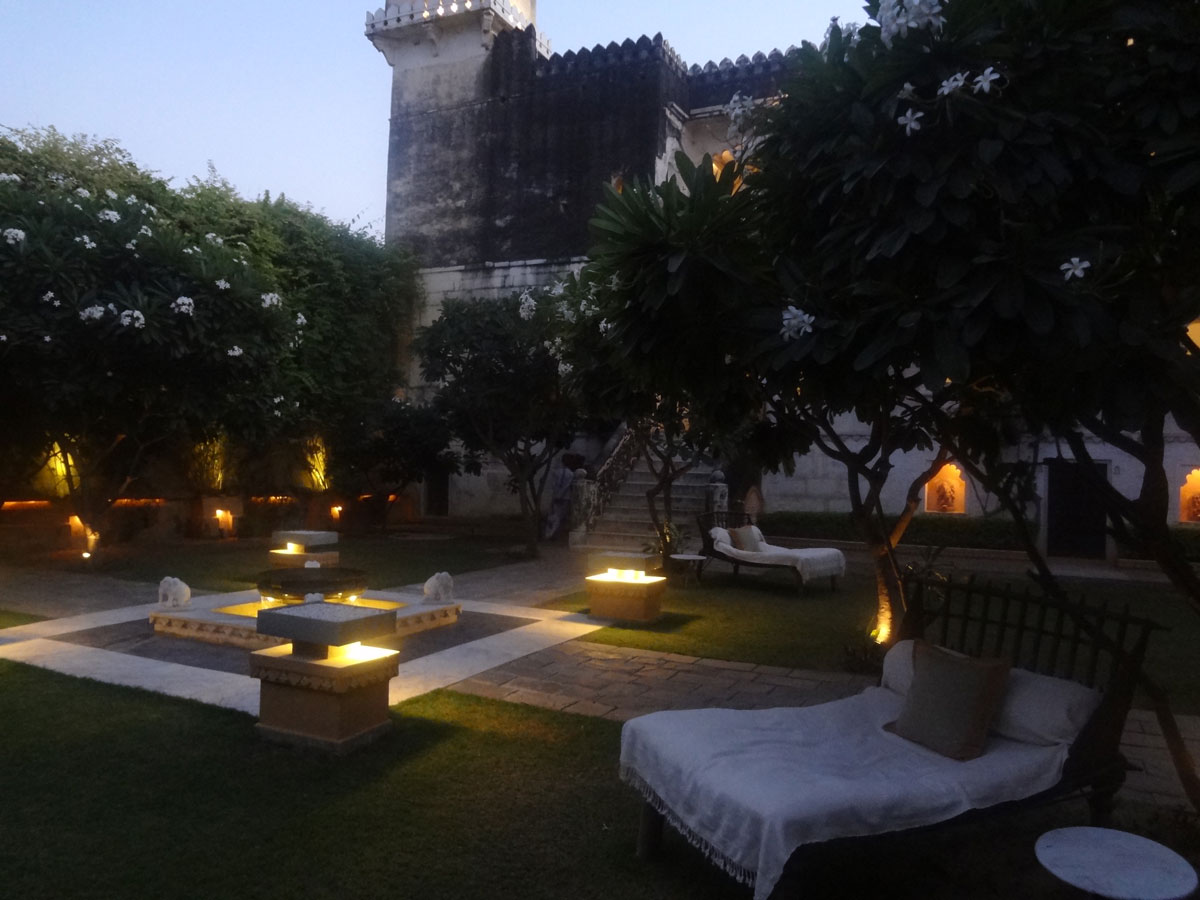