Shekhawati – a gem that lies off the beaten path. When I mentioned to a friend who is a frequent visitor to Delhi and Jaipur that we intended driving to Jaipur via Shekhawati, she thought I’d lost my mind.  She’d never heard of Shekhawati and besides it would take hours of travel by car.  Did I have any idea what the roads were like in India?  Yes I did and we happily endured seven hours of driving through crowded towns, tiny villages, and rural terrain.  India’s roads where people, animals, cars, trucks, and unimaginable creative modes of transport vie for space – is an experience not to be missed.  It is India.  With our wonderful driver Nizam Ali at the wheel, we took in the sights of the countryside and were comforted by his chuckle and relaxed reaction to cars, buses, and trucks coming towards us on the wrong side of the road.  A foreigner taking to the road in India however, is an act of suicide or madness. 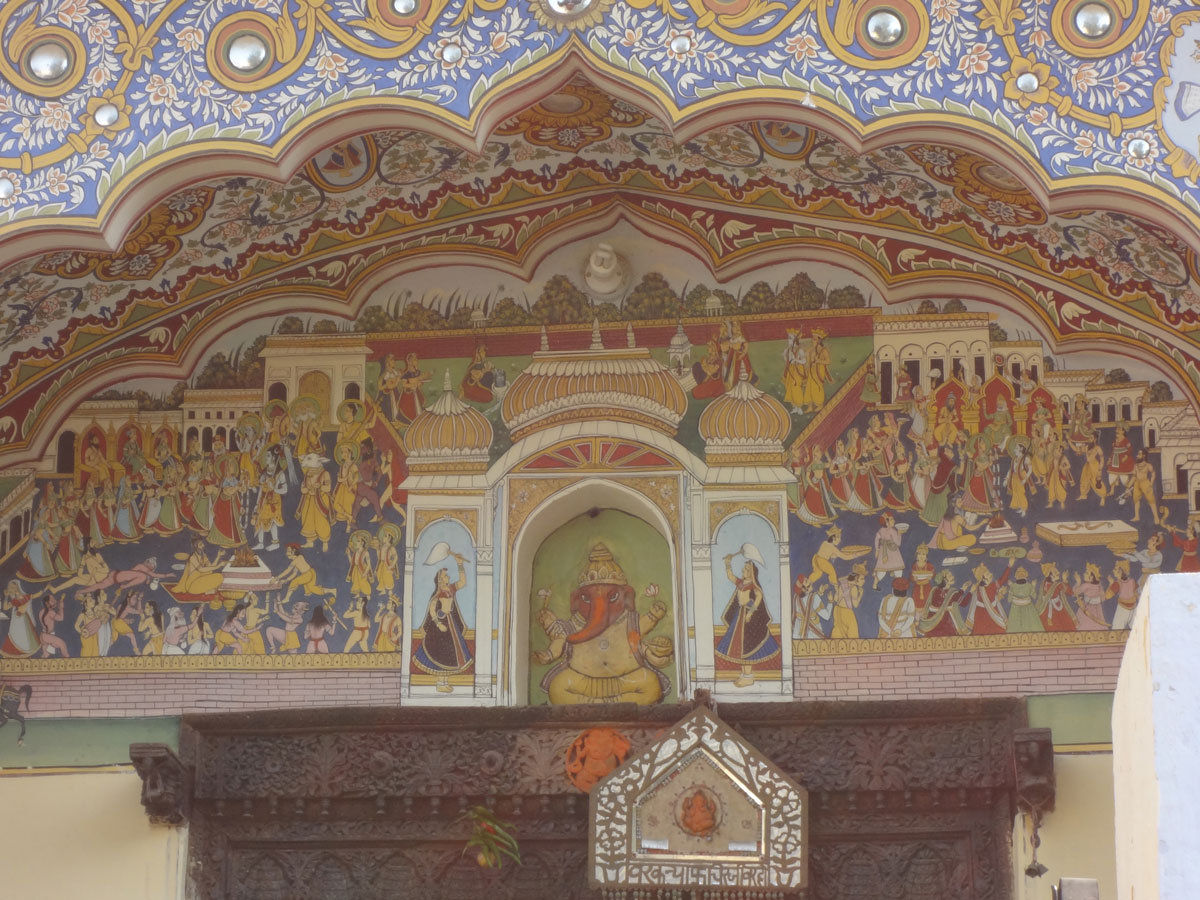 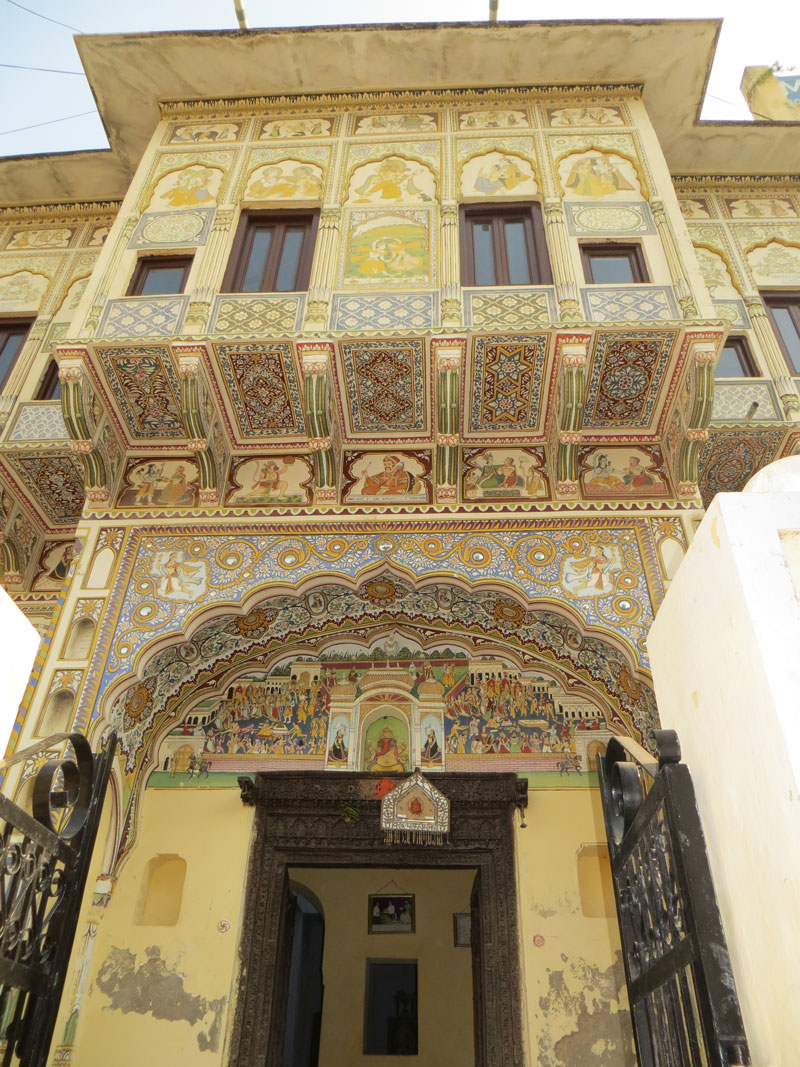 During the early 19th century Shekhawati was on the trade route of camel caravans from China, the Middle East, and India.  Wealthy merchants who traded in opium, textiles, cotton and spices built palatial havelis around inner courtyards, wells and gardens.  They commissioned artists to adorn the exterior walls, lintels and entryways from floor to ceiling in exquisite, intricate murals depicting mythology, battles, hunts and the later ones – the trains and hot air balloons of the British Colonial Period.  Those wealthy merchants literally turned the Shekhawati region into an extensive indoor and outdoor art gallery.  A treasure trove of art that has survived to this day. 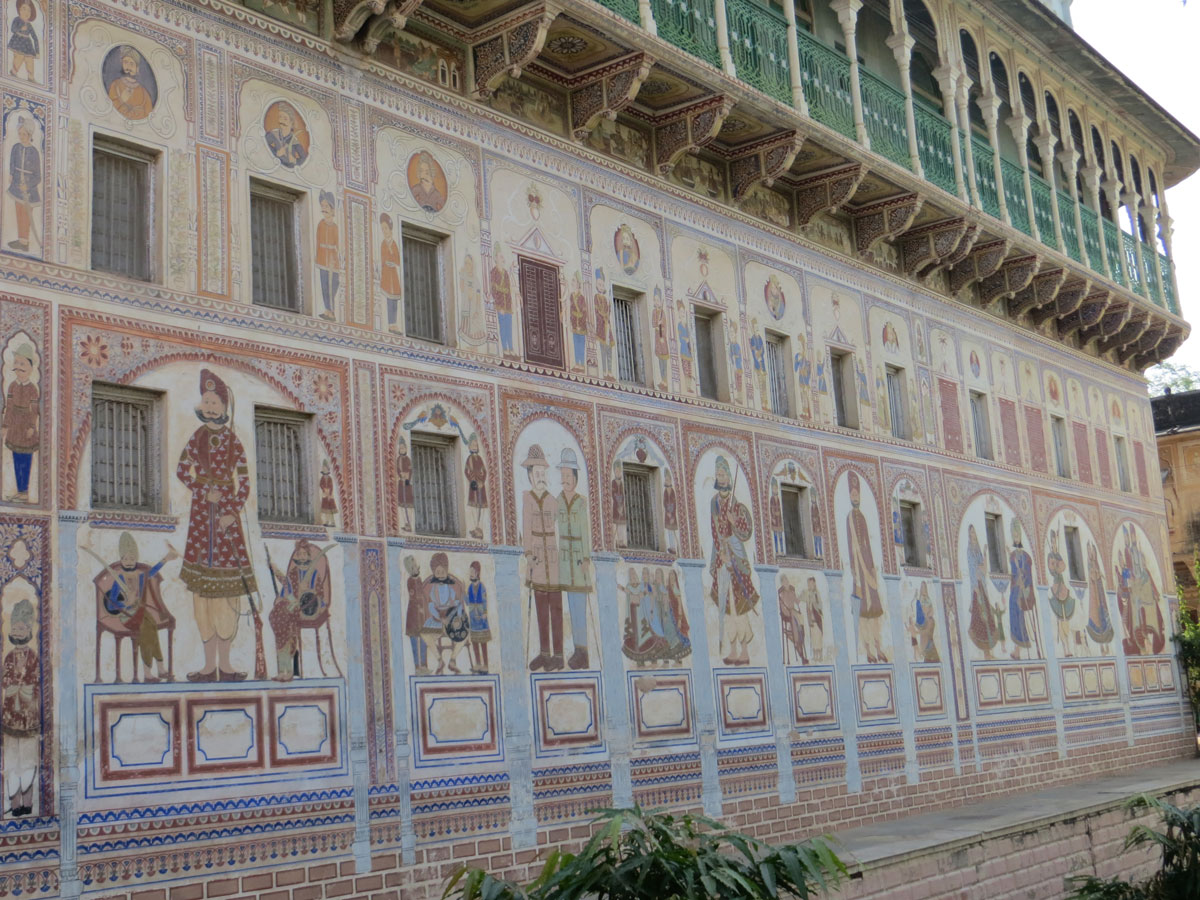 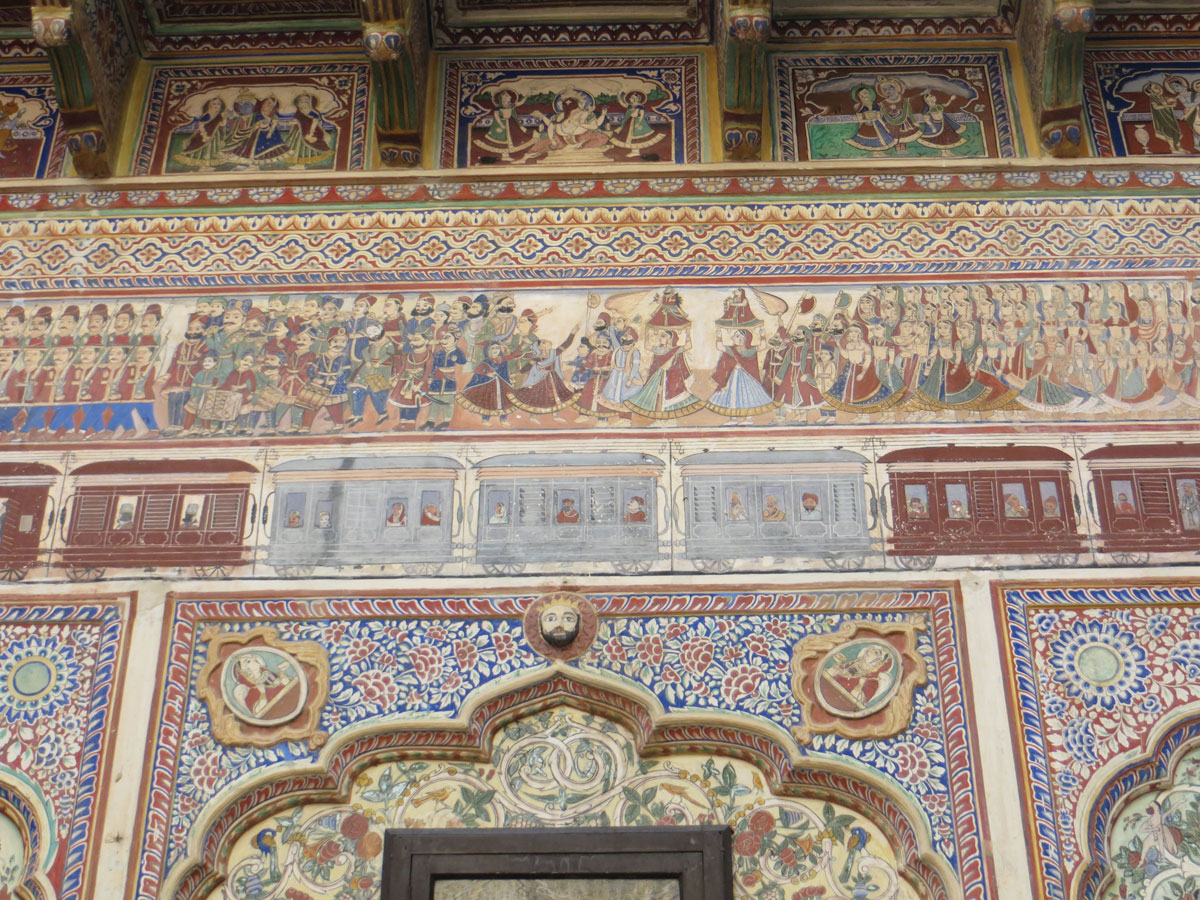 Some havelis are currently being restored and turned into boutique hotels, a few have been turned into museums, others have caretaker families living within their walls, and some are in a sad state of disrepair. 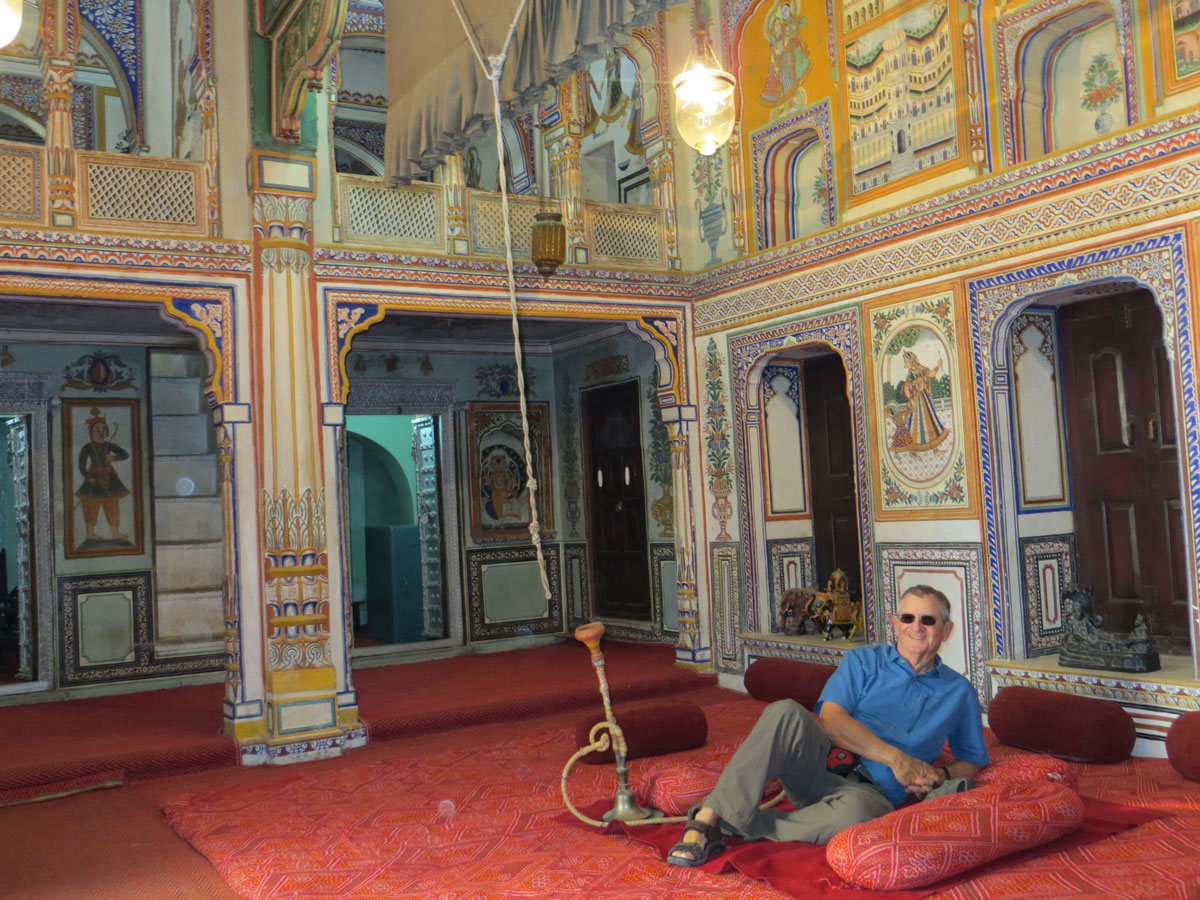 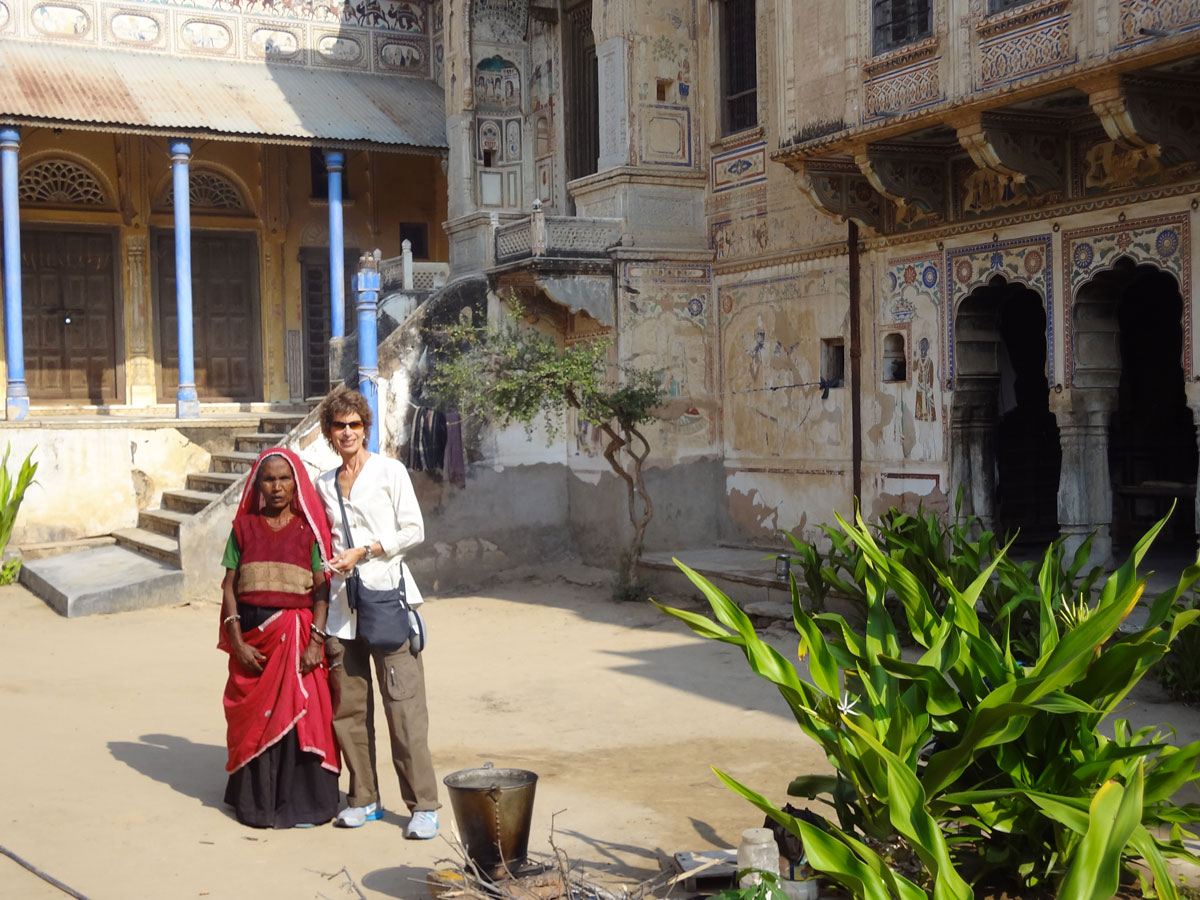 Our time in the painted towns was blissfully quiet.  We encountered no more than a dozen fellow  foreign tourists during our days of  wandering the narrow  streets and marveling at the abundance of unique art.

Shekhawati certainly turned out to be one of the highlights of our three weeks in Rajasthan and well worth the effort it took to uncover this captivating sight.