I was born in South Africa surrounded by multiple languages: English, Sotho, Zulu, Afrikaans, Russian and Polish. Mozambique — which lies on the North Eastern border of South Africa — was an exotic blend of Portugal and Africa.  It was there, at around the age of six that I was treated to my first taste of Portuguese — a language that to me sounded like water skipping over pebbles.  Lourenco Marques (its capital city) was festooned with purple and pink bougainvillea and flowering yellow acacia trees.  Cafes spilled out onto the sidewalks — people lingered over iced drinks, coffee, tea, dainty pastries, and animated conversation.  The music and lyrics drifting from radios and record players had a bewitching beat, rhythm and rhyme;  the Portuguese rolls — hot and crusty — served with sweet fresh butter were addictive;  and no seafood has ever matched up to the prawns Piri-Piri. 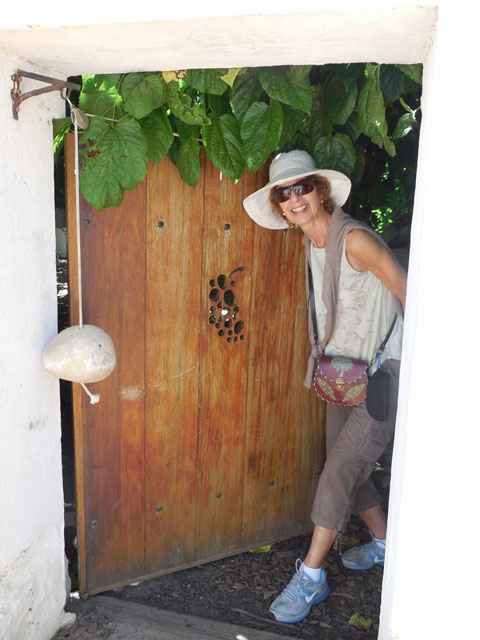 At the age of nine, I experienced the magic of Europe and the seeds of love for travel that were to bloom and nourish me for a lifetime, were sown.  My mom, dad, older sister and me, traveled to five countries.  While our parents ventured to Russia and Poland, my sister and I spent three weeks with relatives in Paris.

Years later after I graduated from high school in South Africa, I spent a year studying languages at a school on the banks of Lake Leman in Montreux — Switzerland.  My school mates came from over twenty countries.  It was akin to living in a mini United Nations.  It was also in Montreux that I was first exposed to, and fell in love with, the sound of jazz when the Montreux jazz festival came to town.

Back in South Africa I attended University in Johannesburg graduating with a Bachelor of Arts degree in foreign languages and Art History.  Bunch and I were married in South Africa and immigrated with two young children to the U.S.A.  We set up home in Philadelphia where for the first time in our lives, we experienced four distinct seasons: the fun-filled snow days of winter, the humid sticky days of summer, the glory of spring when the dogwoods bloom, the azaleas put on a brilliant show of color and the air is crisp and fragrant, and the fall — when the colors are nature’s stunning last gift before taking a rest for the winter.

My first career in California was as an independent travel agent — and although the income wasn’t great — it gave us the opportunity to discover Mexico, a country that  to this day is the best kept secret and one of the most extraordinary destinations.

For the past nineteen years we have been traveling extensively for longer periods of time. We focus our energy on our family, friends, and work when we’re at home and when we take off we immerse ourselves totally in the experience of being free to travel.

Travel nourishes me.  I feel so alive and invigorated, so present, so in the moment.  Each day is a new adventure, around every corner is a new discovery.  We meet interesting people, taste unusual foods, are exposed to fascinating customs and traditions that are totally foreign to us, and come away with admiration, tolerance and a greater understanding of different cultures and ways of life.