The Hutongs and Back Lakes – China

A world away from the wide boulevards, and the crowded conveyor belt of humanity, sit three lakes: Qian Hai, Hou Hai, and XI Hai. Strung together they sound like the names of three exotic sisters. These are the Back Lakes of Beijing — tranquil, beguiling and beautiful. 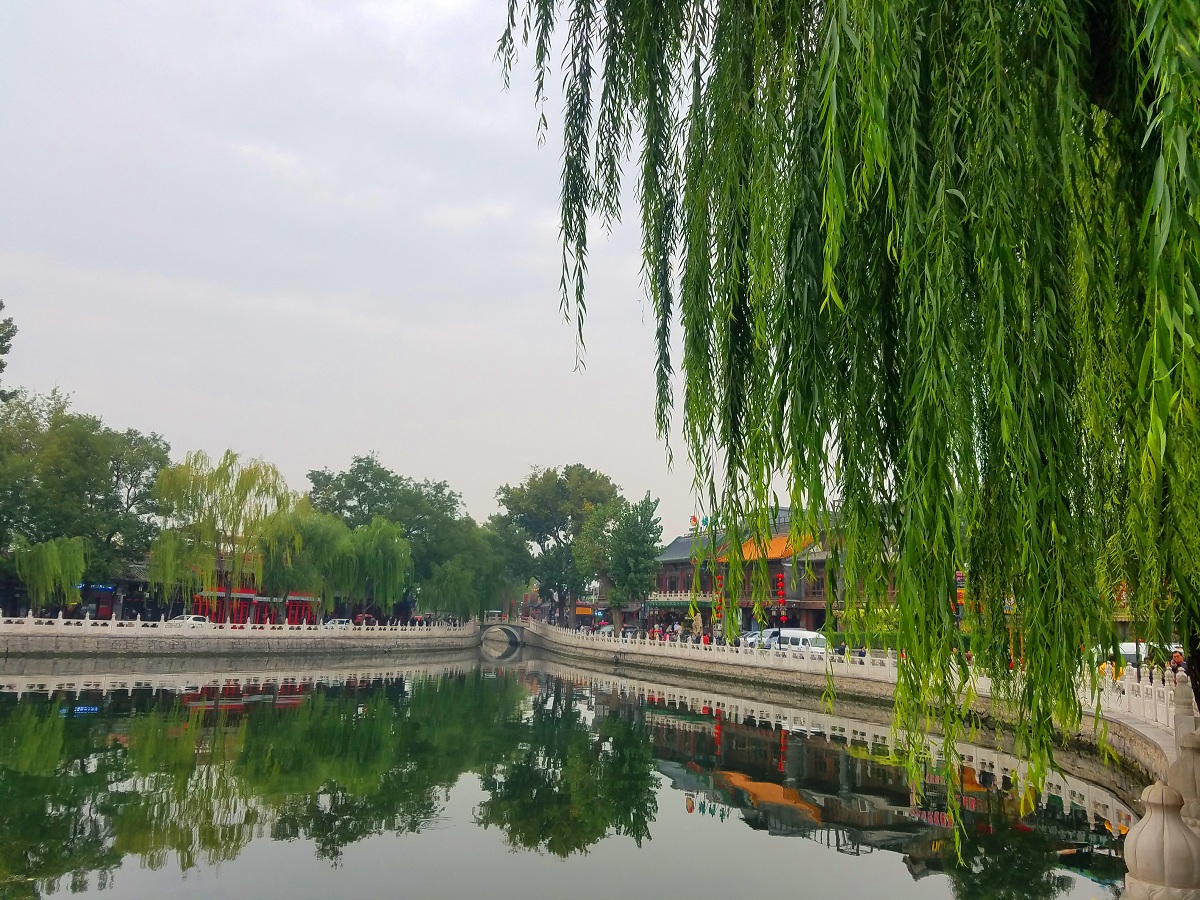 Up until the early 20th century they were the domain of the reigning emperor, his family and inner circle.

Around the lakes – to the West and East – lies a spider’s web of tiny lanes where some of the oldest homes in Beijing – the hutongs – are still occupied to this day. We wandered through the web admiring the wooden front doors, many of them bearing carvings denoting the profession of their occupants. The hutongs have become smaller and smaller over time as families subdivide to provide housing for a married son and his family. To our delight, we were invited into the home of a lady who seemed fascinated by the two tall strangers wandering down the quiet lane on which she lives. Her home consisted of one narrow room skillfully furnished to make the most of every inch of space, and a little bedroom loft. It was an immaculate miniscule abode, flooded by natural light that poured in through a skylight. Virtually all the bathrooms in the hutongs are public. 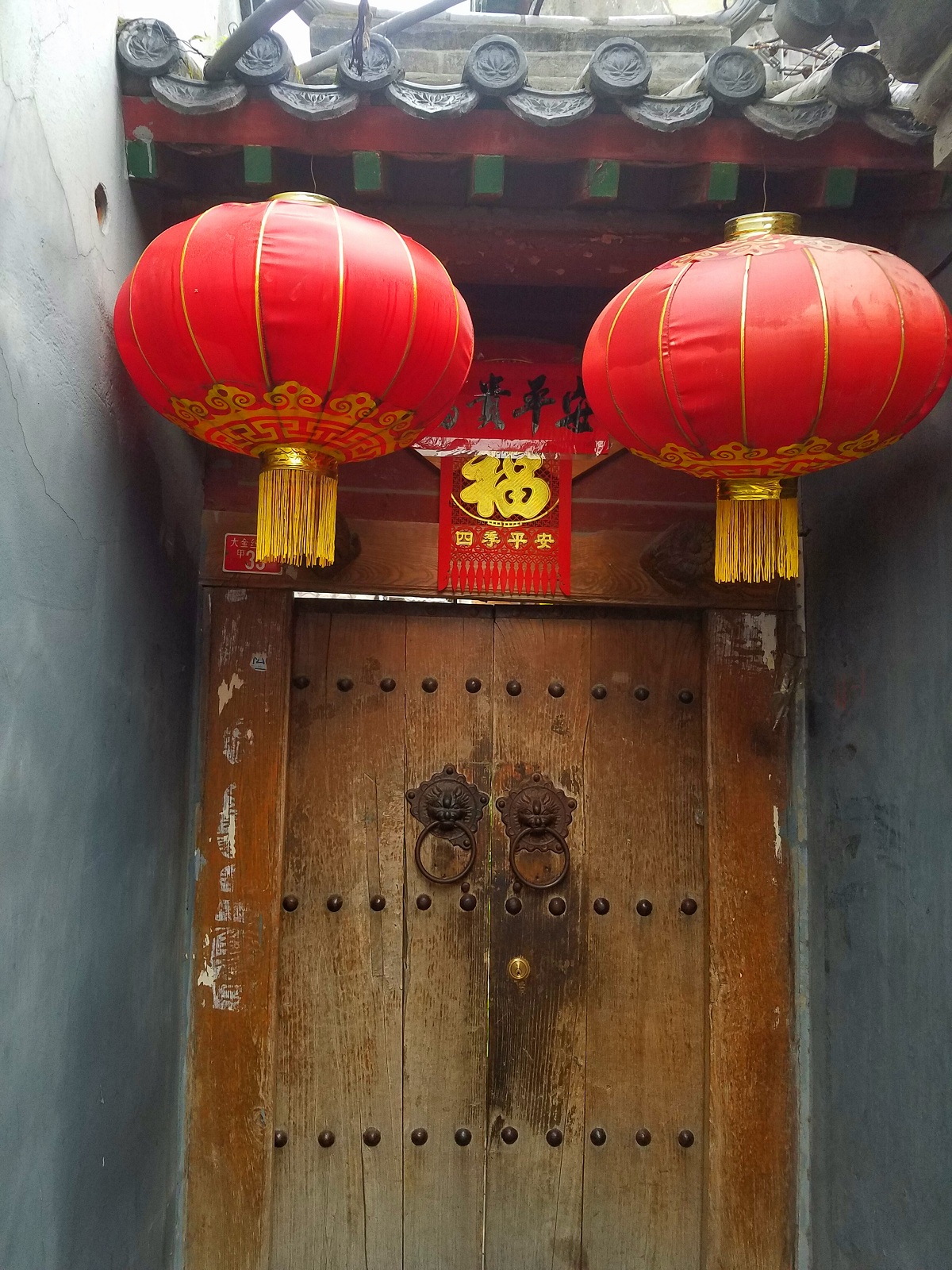 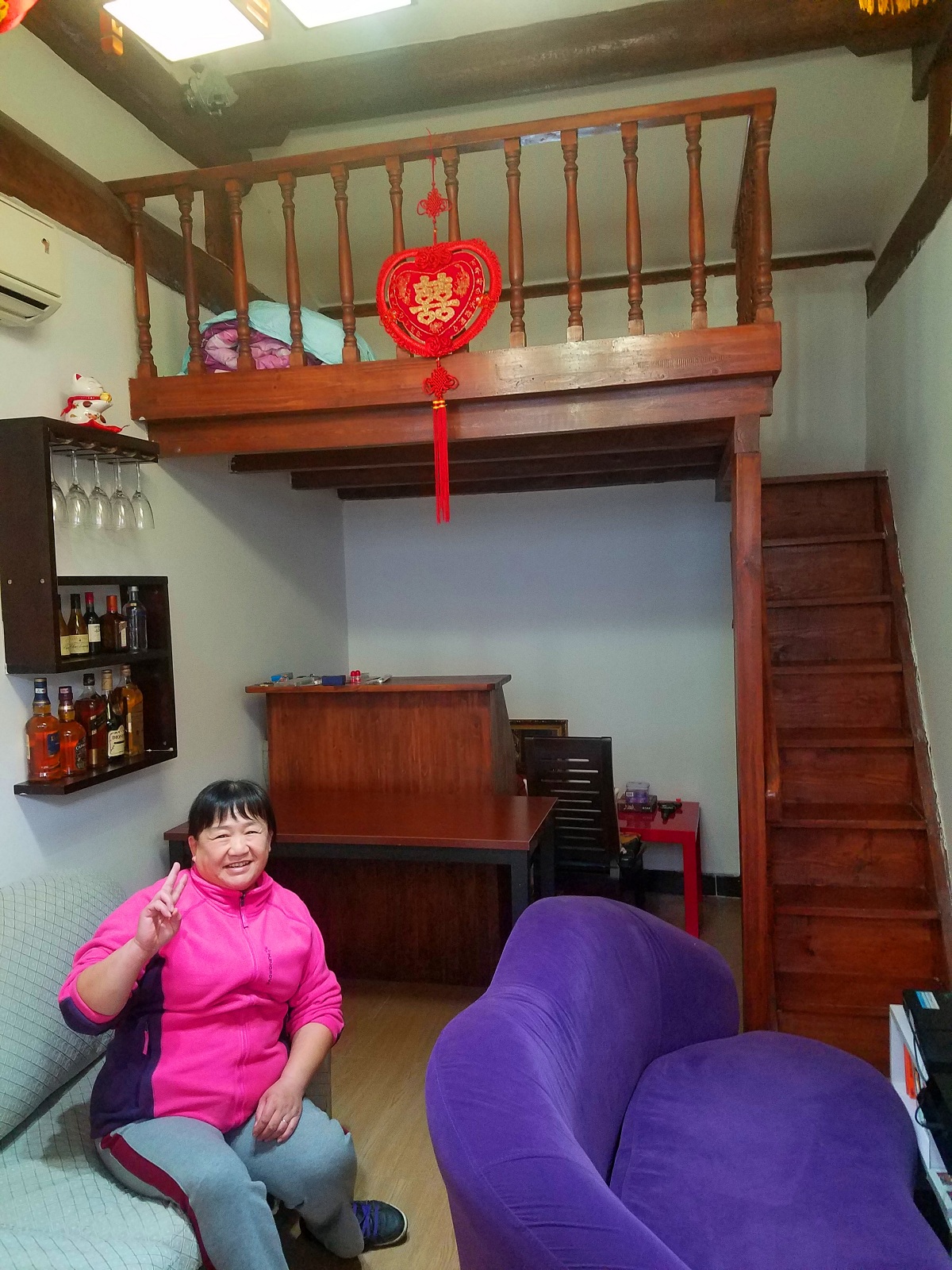 The sight of the rickshaws pedaling along the narrow lanes, their heads covered in red and yellow umbrella hats, added another layer of color and charm to the old neighborhood. 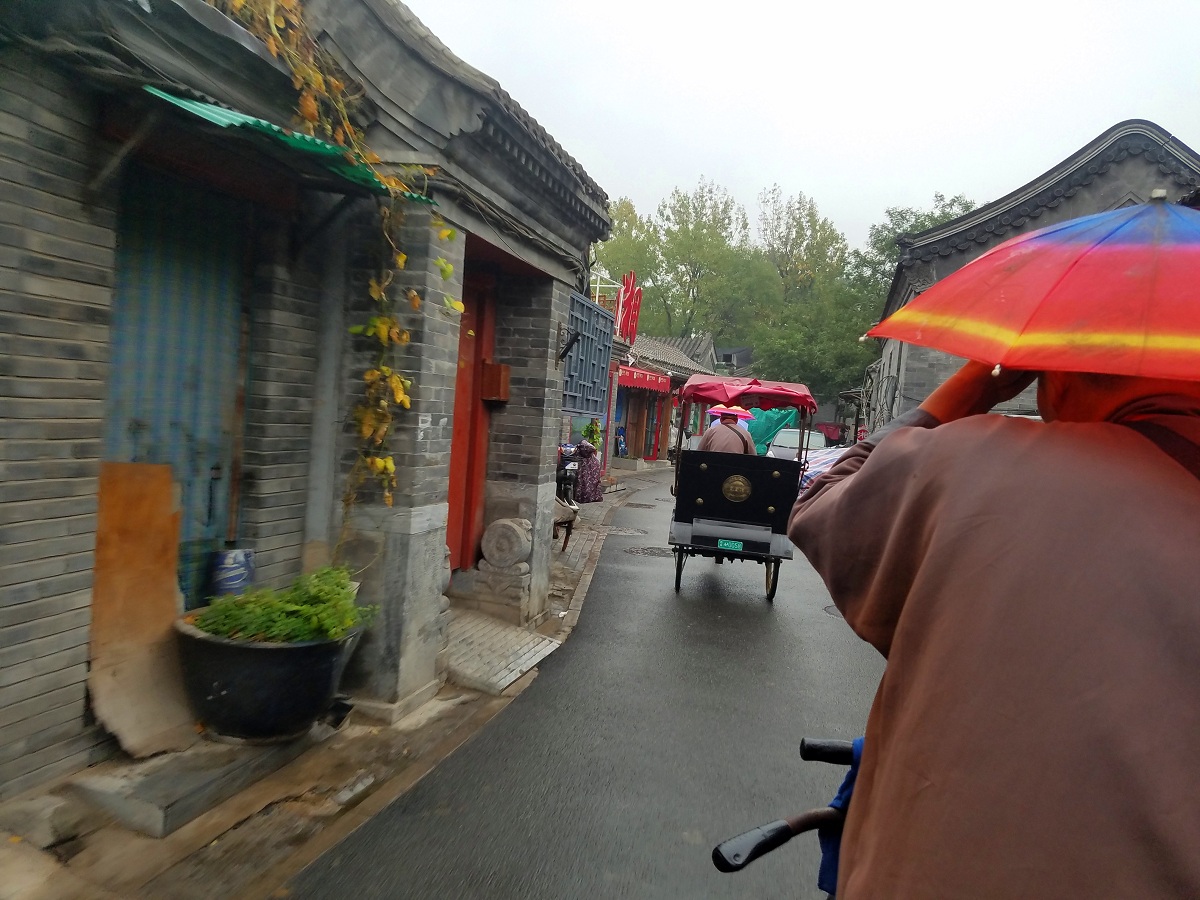 We relaxed lakeside with steaming cups of cappuccinos and soaked up the view of Hou Hai Lake, then followed a path along its periphery where weeping willows dip their branches into the still waters, tea houses with toffee apple red lanterns stand in the shade of old trees, and two young boys cast their fishing rods into the lake. 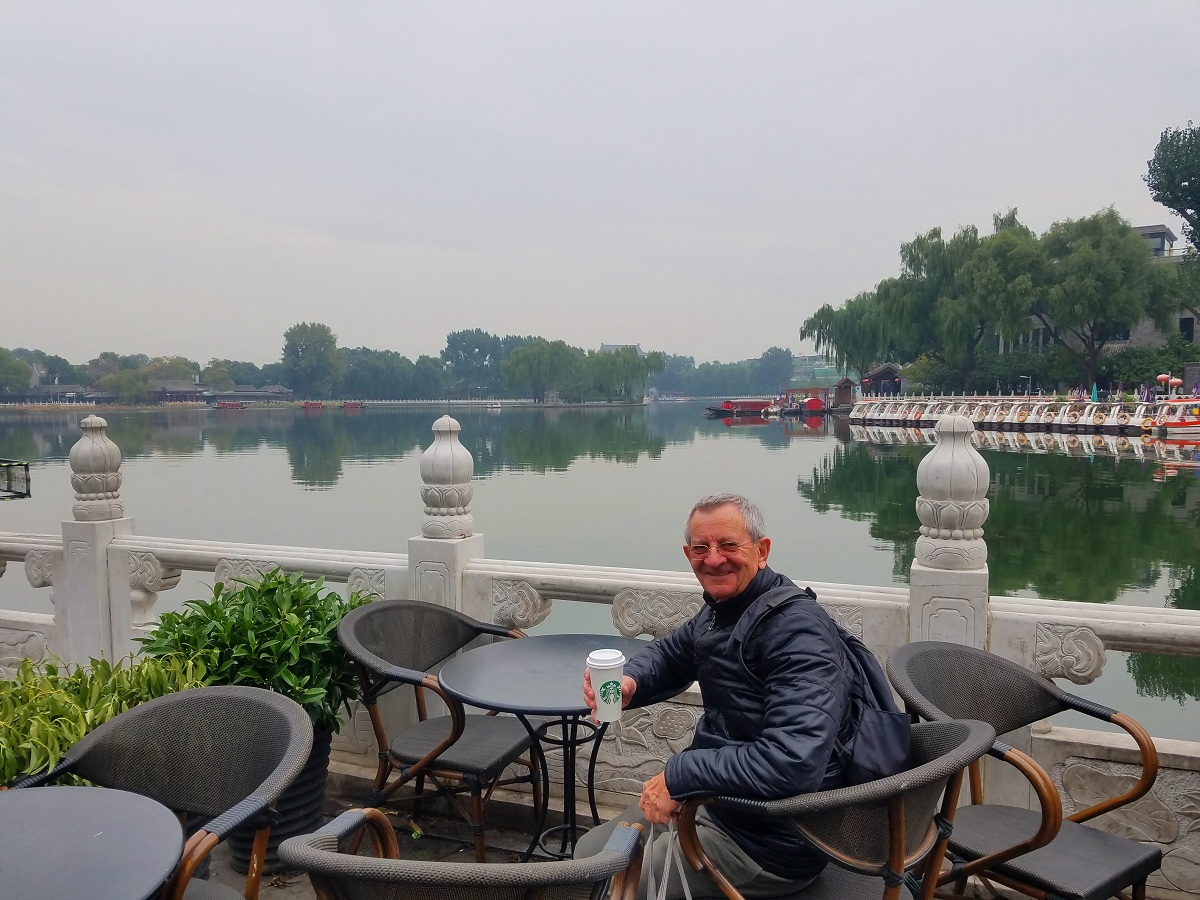 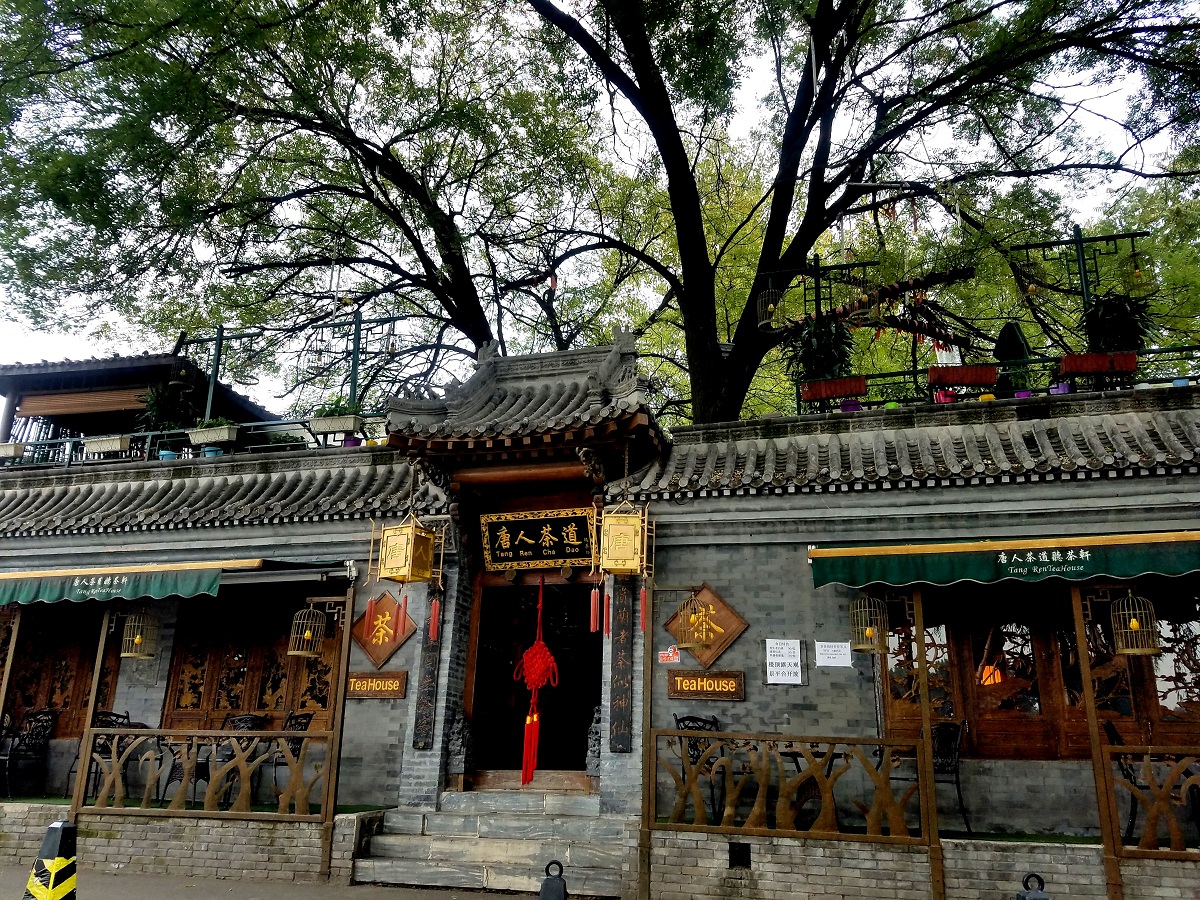 We crossed little stone bridges and came upon Yandai Street where Qian Hai and Hou Hai Lakes intersect. Yandai Street is lined with one of a kind adorable boutiques selling quality merchandise from handmade fans, to calligraphy paintings, handmade paper, a pipe store where each pipe is uniquely crafted, stores where talented artists display their one of a kind pieces of jewelry, a toy store with engaging educational toys – on and on. A great street to browse and shop for gifts. 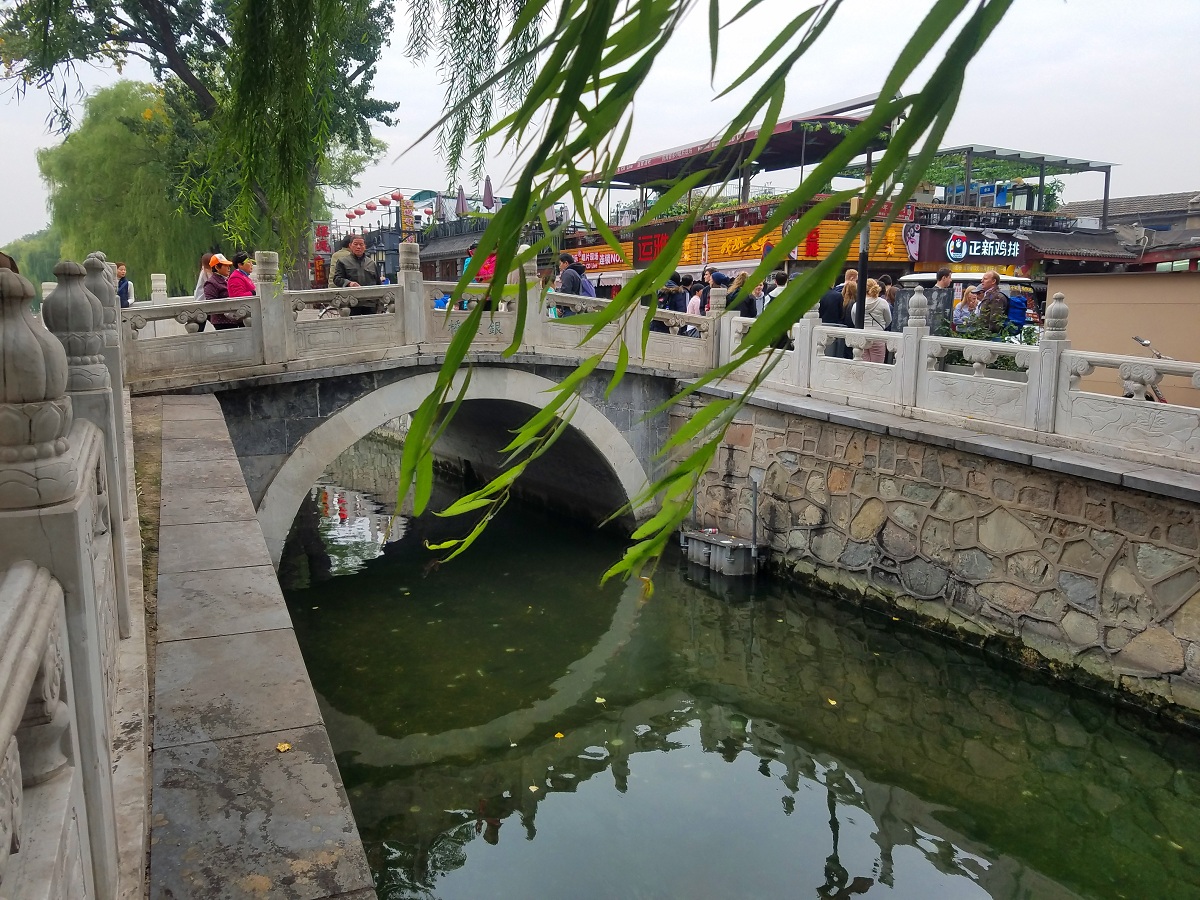 We ended our wanderings in the Shichahai area having lunch lakeside, in a restaurant where the floor to ceiling window treated us to a picture perfect view of Hou Hai Lake. 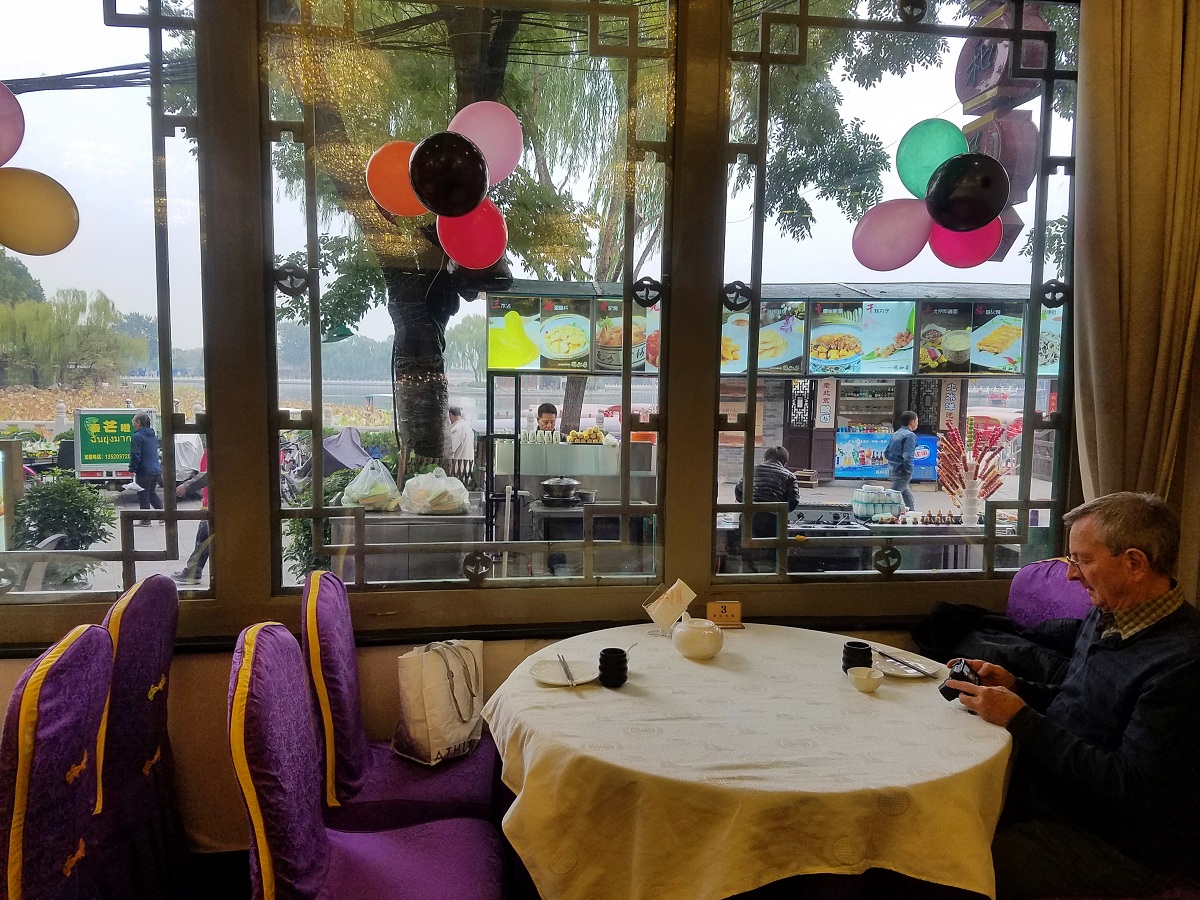