THE TAJ MAHAL: The Fairest Beauty Of All.

One’s first view of the Taj Mahal – as one steps through an imposing red sandstone archway inlaid with marble – is a breathtaking sight. We have all seen countless photos, but nothing prepares one for the sheer magnificence, the splendor, the serenity and aura that surrounds this pure white marble beauty and her gardens. As the sun burned through the haze, the Taj turned the softest golden color – her perfect double image reflected in the pool which sits at her feet. 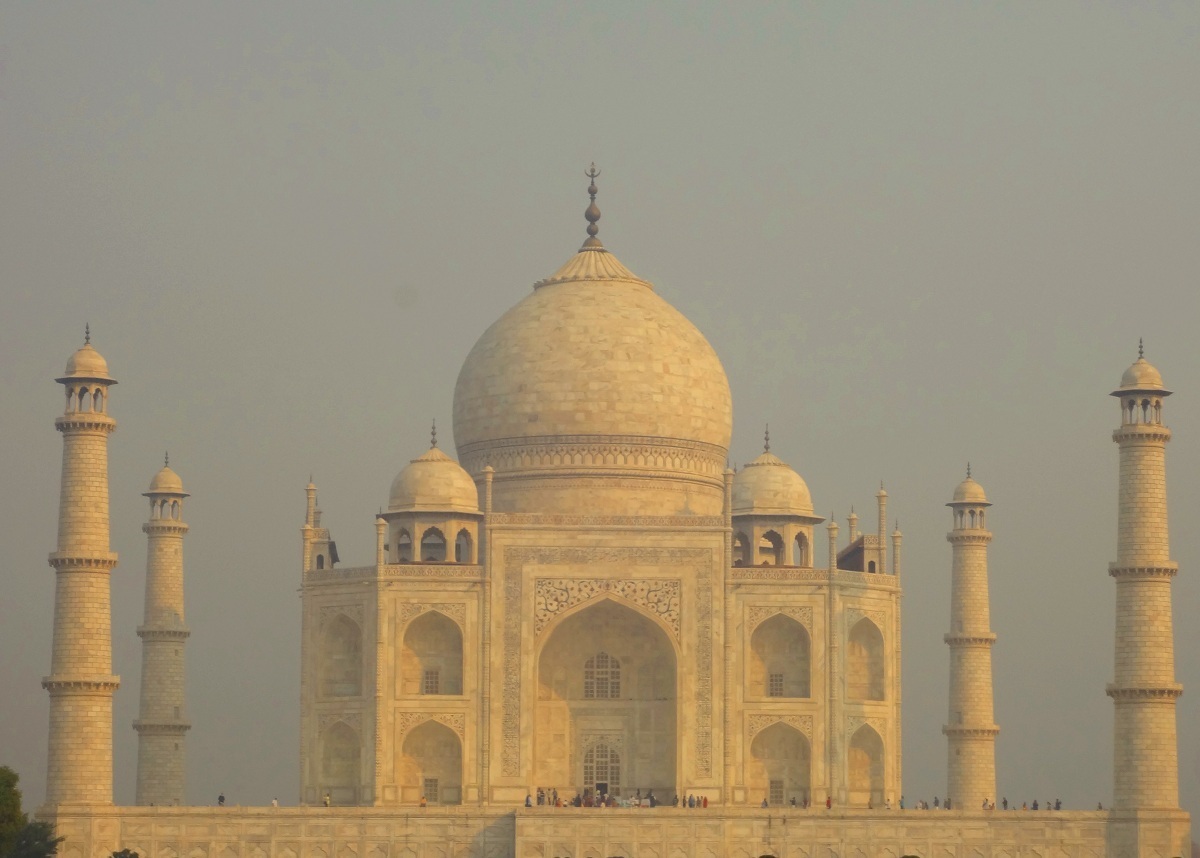 When one gets close up, one realizes that what appears to be a plain white marble façade is actually covered in delicate and intricately carved flowers and calligraphy. Borders of flowers are set into the marble, inlaid with semi-precious stones in shades of red, yellow, black and turquoise. 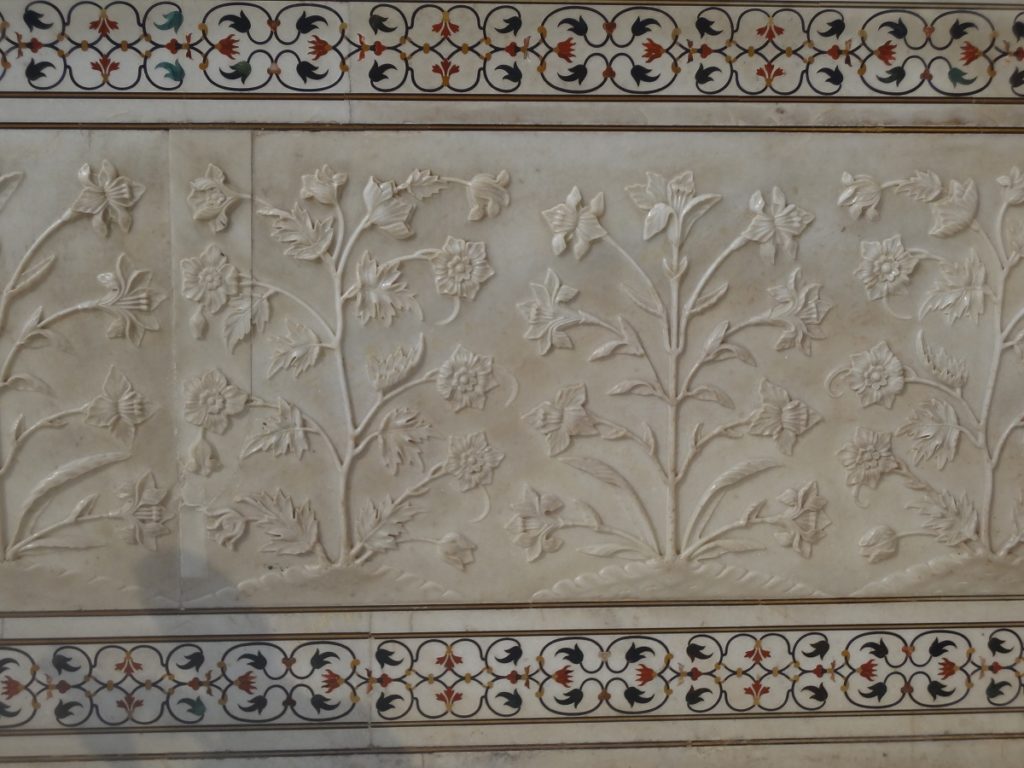 Every sight in India is enhanced by the vibrant colors and elegance of the women in their saris and the gardens of the Taj Mahal are no exception. The whole scene is a living, breathing, serene painting. 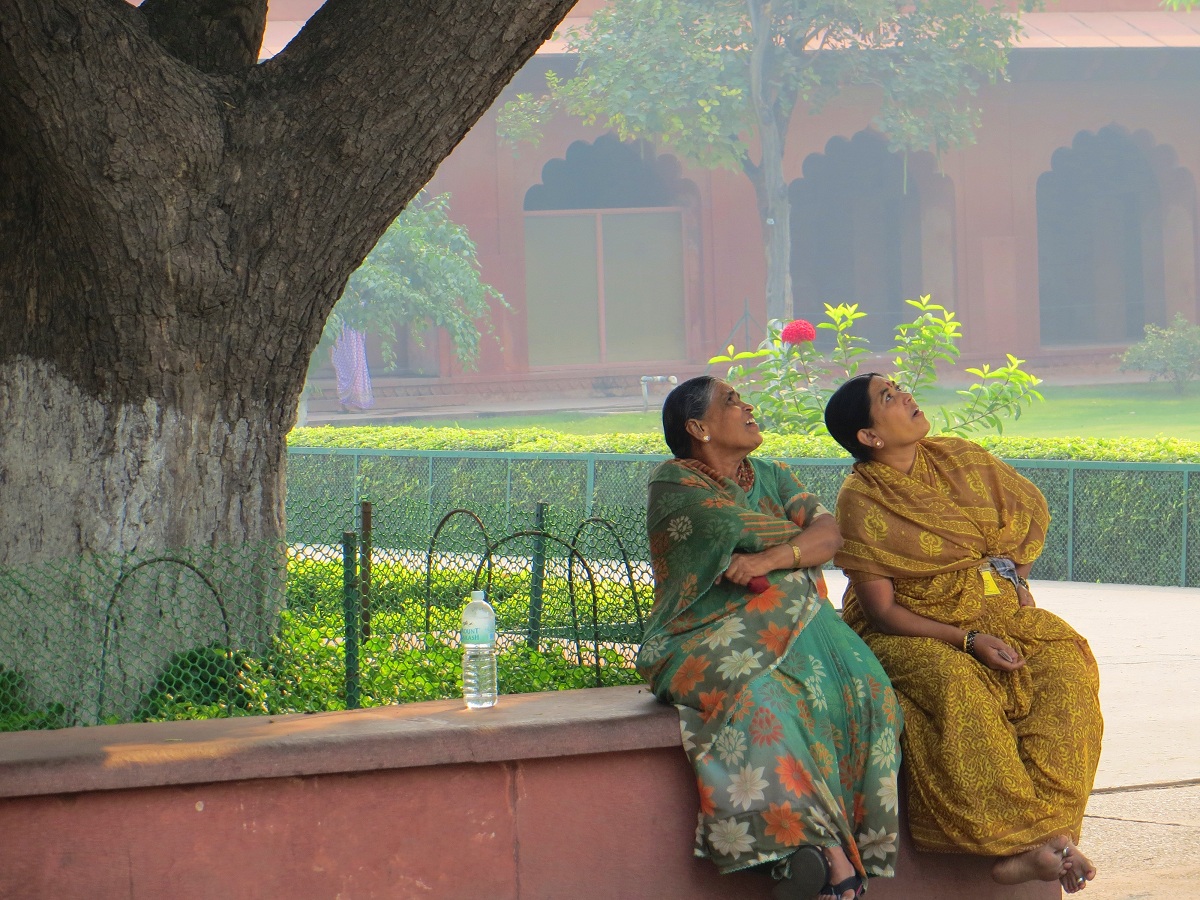 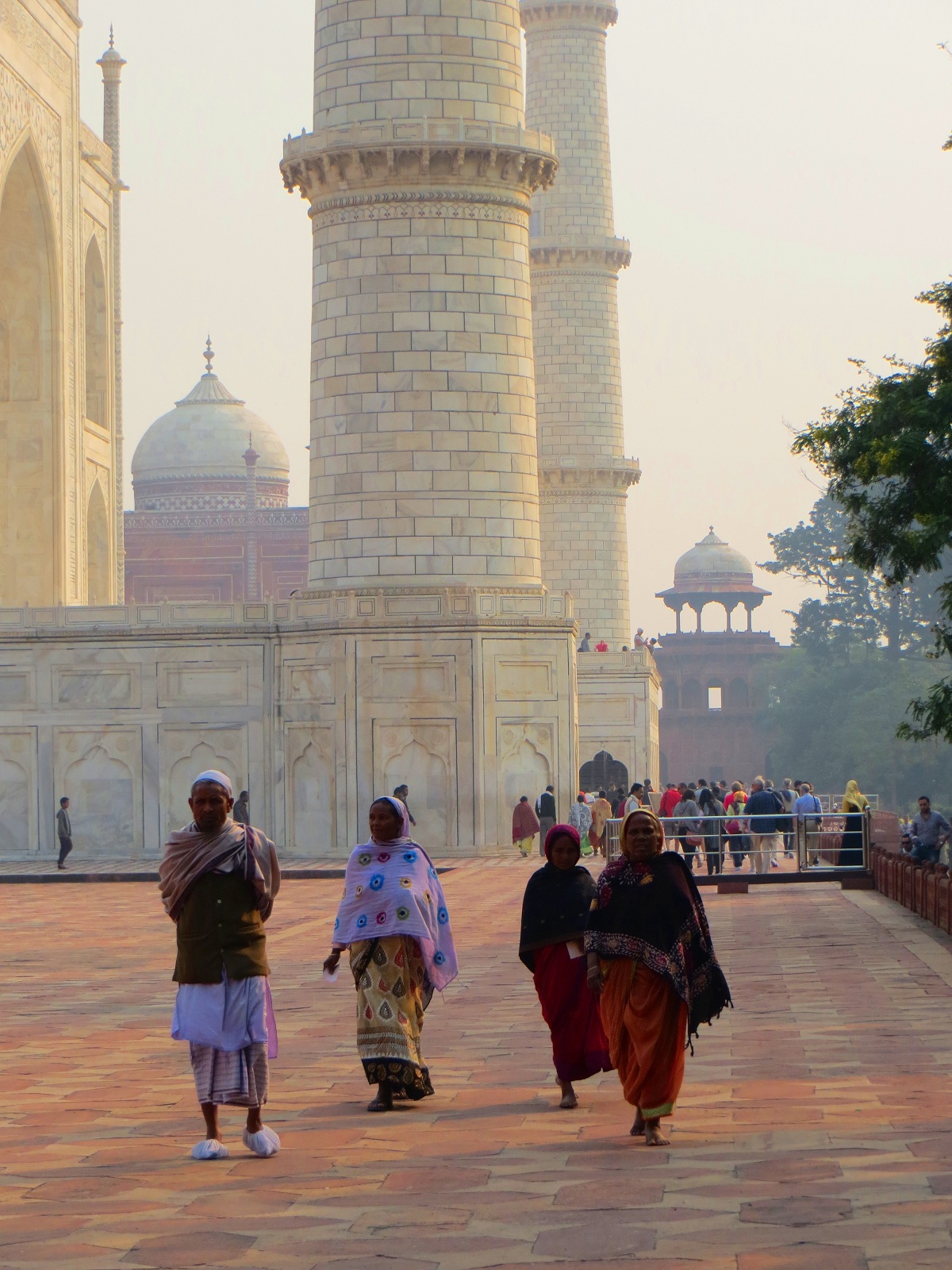 No trip to Agra is complete without a visit to The Agra Fort, the first of many impressive forts that we were to visit over the next few weeks.

Agra Fort was built over a period of approximately ten years. Started by Emperor Akbar in the sixteenth century, it was added to over time, up until the rule of his grandson – Shah Jahan.
Immense in size, it is like a city within a city, reflecting both Hindu and Islamic architectural styles as well as a blend of both, referred to as the ‘Mughal Style’. 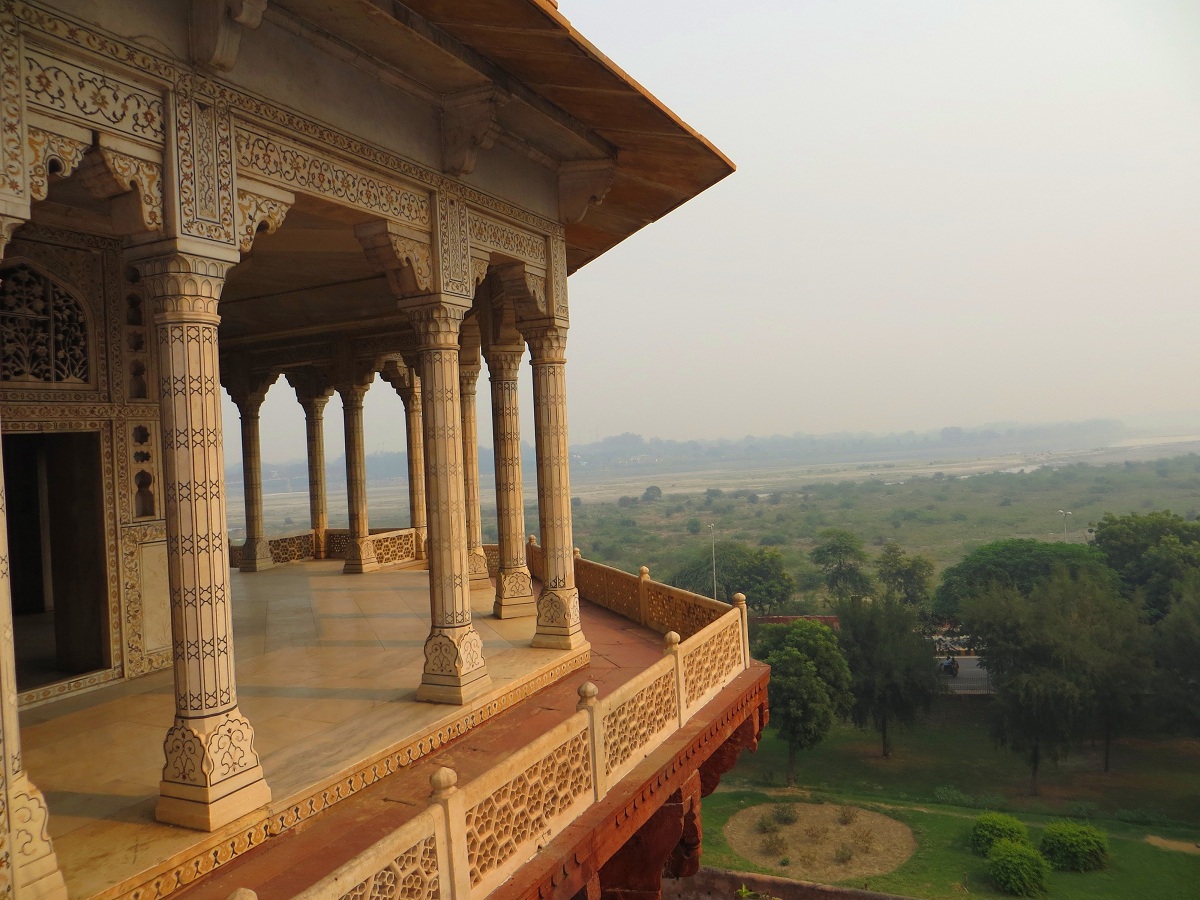 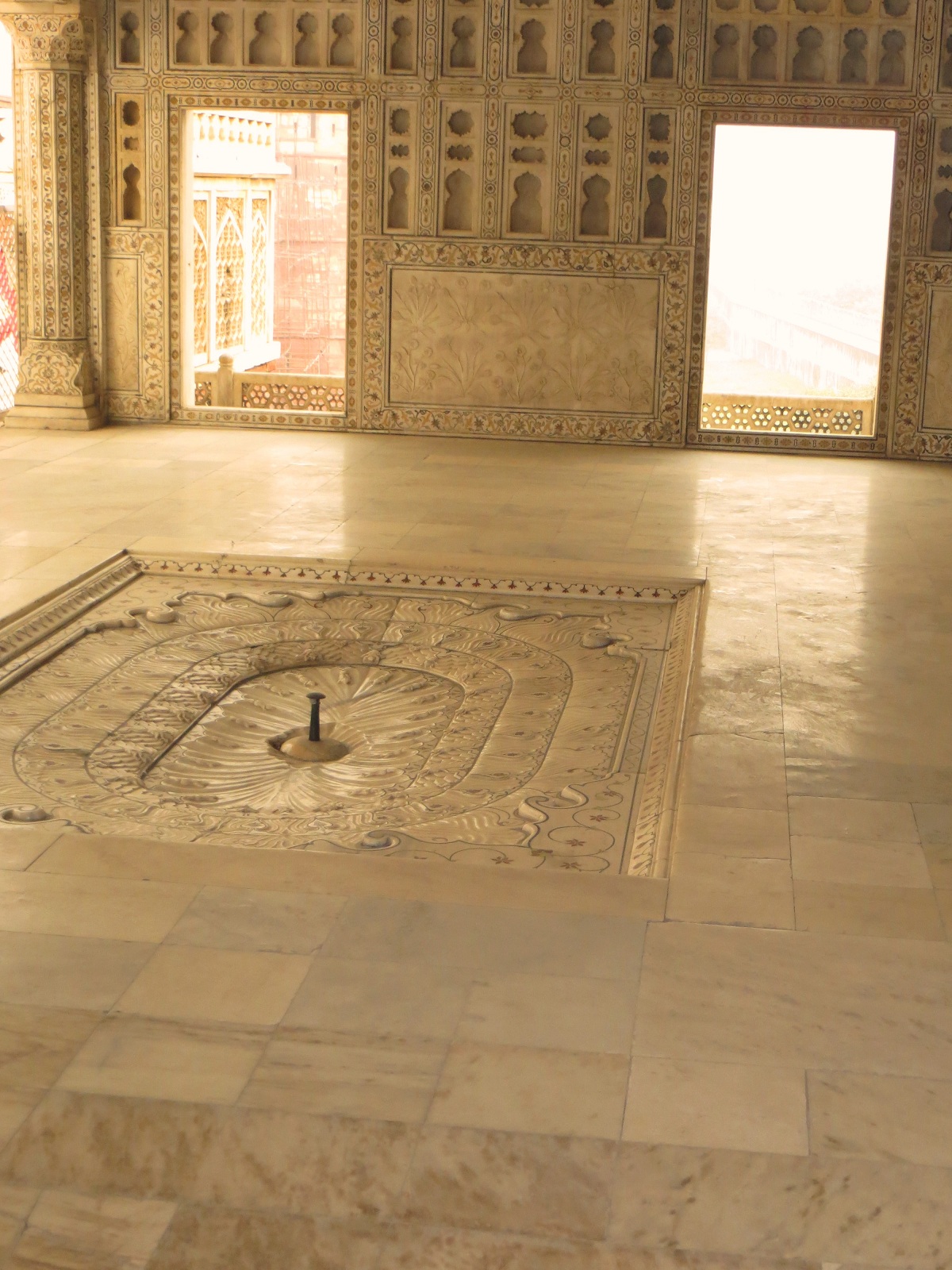